Tauheed Epps professionally known as 2 Chainz is an American rapper, record producer and songwriter. He got married recently at the age of 40 on 18th August to his childhood love, Kesha Ward. Do you know Kesha is the mother of his 3 children that were born before their wedding? He gained success in a very short span becoming one of the respectable people of the world, but do you know that at the age of 15 he was indicted for possessing Feony cocaine?

Later, he was arrested in Maryland for marijuana possession & after all the misdemeanors eventually managed to make his way towards a vast sky!

But do you know how much is 2 Chainz’s net worth in 2020 and how old is he? If you do not know, we have prepared the following article in which you can find everything that interests you about 2 Chainz’s life and career. We have prepared this article for you not only about details of 2 Chainz’s career, professional life and personal life, but also about his net worth, age, height, weight and more facts. Well, if you’re ready, let’s start.

2 Chainz was born in 1977 as Tauheed Epps at College Park, Georgia. He was the only child of his parents and grew up with his mother only, as his father was in prison. In terms of education, he attended the North Clayton High school and stood second in his class. He was very fond of playing basketball hence, after high school went to Alabama State University on scholarship, and played basketball there for his team for 2 years.

Unlike other celebrities who after getting stardom open up their personal life & it gets highlighted in the media, 2 Chainz’s personal life was not much discussed in public. He proposed to his love Kesha Ward at the 2013 BET Awards. He had a relationship with her even before his stardom. They had three children before their marriage and married very recently on August 18, 2018.

2 Chainz started performing when he was in high school. He formed a hip-hop duo in 1997 with his school friend Earl Conyers later known as Dolly Boy. Then he released an independent album titled “United We Stand, United We Fall” in 2002. He met the Atlanta rapper, Ludacris when he was a DJ. Ludacris started to take an interest in ‘Playaz Circle,’ and so he used to play the duo’s songs on his radio station. 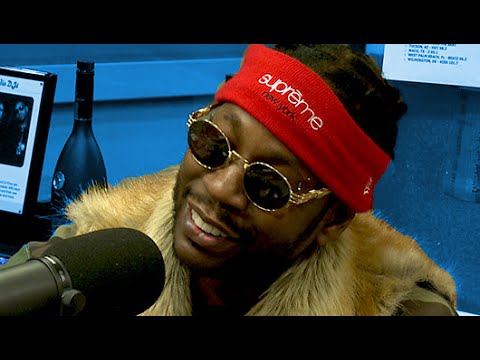 After that, Ludacris signed them under “Disturbing Tha Peace” label where they released many tapes and albums. Later, leaving Disturbing Tha Peace, he released his first mixtape ‘T.R.U. REALigion’ which peaked at number 58 on the US Billboard. In 2012, he signed with Def Jam Rocks releasing his solo debut ‘Based on a T.R.U. Story’ which became first on the US Billboard, selling 147k copies in one week. In 2015, he started his own recorded label “The Real University.”

As of 2020, 2 Chainz’s net worth has grown to a $7.5 million. He earns huge, annually through music sales and tours. He has succeeded to increase his net worth with endorsement deals too. His other income sources are his fashion business where he has a luxurious line of hoodies and his own record label “The Real University.”

He also has his own line of sweaters called “Dabbing Sweaters.” This 40 years old rapper has gained enough fortune so as to lead a luxurious lifestyle. He drives around in luxury cars like Porsche Panamera and Aston Martin Rapide.

2 Chainz never appeared on the headlines for rumors & affairs but for his graduation marks which makes him unique in his way. Taken care of solely by his mother, he became a millionaire at an early age. His story of hard work and his journey from a rapper to an entrepreneur, a record producer, and a songwriter is truly an inspiration for many.