Aishwarya Rai is an Indian actress and model. She is one of the most prominent celebrities in India. She is also called as One of the Most Beautiful Women in the World. Aishwarya Rai was the winner of the Miss World 1994 pageant.

Aishwarya Rai was born on 1 November 1973 in Mangaluru, Karnataka to Krishnaraj and Brinda. Aishwarya attended Arya Vidya Mandir High School and completed her HSC from DG Ruparel College. In the childhood, she was very passionate about becoming an Architect, but due to her love for acting, she started working in the entertainment industry.

Aishwarya was in a relationship with Salman Khan from 1999 to 2002. Salman Khan is an Indian Actor. Later, Abhishek Bachchan started dating Aishwarya and tied a knot with her on 20 April 2007 at the “Prateeksha” in Juhu, Mumbai. This couple is very famous in India and is always in the spotlight in media.

Aishwarya is a very religious woman. She gave birth to their first daughter, Aaradhya on 16 November 2011. She had been nicknamed as “Ash” by her fans.

Aishwarya debuted in the Indian film industry through Tamil film, “Iruvar”. In this film, Aishwarya played dual roles of Pushpavalli and Kalpana. “Aur Pyaar Ho Gaya” was her first Bollywood film. Both her initial two films were commercially failed at the box office. In 1998, she was a part of the film, “Jeans”. Her outstanding work in the film, “Jeans” made her a popular actress in the Bollywood. 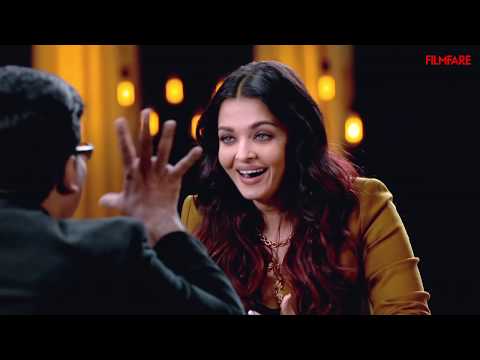 Later, she never looked back and gave back-to-back hit films. She was starred in the romantic movie, “Hum Dil De Chuke Sanam” in 1999. This movie was one of the hit movies at that time and broke several records. For her performance in “Dil De Chuke Sanam”, Aishwarya won the Filmfare Award for the Best Actress. She received international recognition after her role as a Parvati in the film, “Devdas”. Aishwarya was honored with prestigious “Padma Shri” awards from the government of India.

Aishwarya Rai Net Worth and Earnings in 2020

Now, it is time to take a brief glance at the net worth of this beautiful actress. As of 2020, The net worth of Aishwarya Rai is around $40 million. She made millions of dollars from her acting profession and from brand endorsements. She has appeared in the commercials of top brands like, “Lux”, “Titan Watches”, “Phillips”, “Casio Pager”, “Kalyan Jewellers”, etc. She is the promoter of the “Pulse Polio” campaign as well as supports PETA India. She is the only actress who had modeled for both Coca-Cola and Pepsi.

Aishwarya has always been one of the greatest Indian actresses of all time. She has an amazing fan following in India, and almost everyone appreciates her. In 2004, she established Aishwarya Rai Foundation to help the poor people and had pledged to donate her eyes. She is the real source of inspiration and humanity to all the human beings.