American actress and former model Alana Stewart, also known as Alana Collins is a popular actress of American television industry. She has not only done various shows for global audience, but has also been a part of several American films. During her modelling days, she did well, but decided to shift to acting, and have a more promising career.

Born as Alana Kaye Collins, in San Diego, in the year 1945, on 18th of May, she was brought up in Nacogdoches, as well as in Texas (Houston). Alana, like many television and film actresses, started off her career through modelling. She was tall and did well in modelling. Her first modelling assignment was with Ford Models, due to which she got a chance to get out of New Your, and explore Los Angeles. Here she got to know more about the industry, and got into acting, by the means of T.V shows, and advertisements.

Education: Alana did her schooling from Texas, and went to F. Austin High School in Houston, Texas. There are not many details about her high school or college education.

After divorce from Rod, she had to start again, as in the marriage she had focused on her kids, and getting back in the scene was surely a challenge.

Around 90’s Alana found out that she had been suffering from a virus (Epstein Barr Virus), for over two decades. She began to speak about it only in the year 1994, and also got rid of her breast implants, as she considered them to be making it worse.

Alana got her first break in a biographical film, called ‘Evel Knievel’. In this film, she worked with George Hamilton, and then slowly moved further by working in television as well as films. The initial shows of her career included ‘The Bionic Woman’ and ‘ Fantasy Island’. In the year 1995, she went on to host a talk show with one of her ex – husbands; George Hamilton. And the show was called ‘George and Alana’. This show however did not last long, and wrapped up within a year. 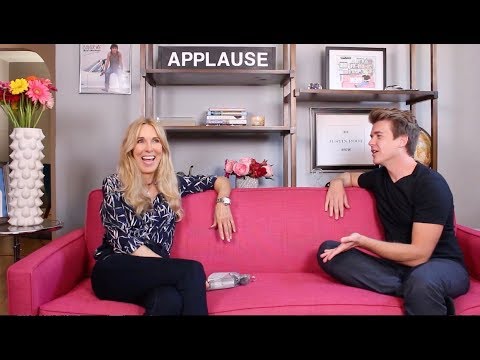 In the year 2003, Alana became a participant in the show ‘I am a celebrity… Get me out of here’. Up until this time, Alana had done a lot of work, and had been a part of several films and shows. In the year 2009, she did a television documentary ‘Farrah’s Story’, which was based on Farah Fawcett, who was also her best friend. In the year 2012, she guest starred in a web series, called ‘DeVanity’. Her most recent appearance was in the 2015 show ‘Celebrity Wife Swap’; with her ex husband George Hamilton. In the show she swapped life with Angela Riola, wife of Niel Murphy.

Talking about her film career, she did not do a lot of films, but played a significant role in the ones she was casted in. A few of these films are ‘Night Call Nurses’, ‘Ravengers’, ‘Swing Shift’, ‘Naked Movie’, ‘Between’, etc.

Alana Stewart Net Worth & Earnings in 2020

Alana has been a part of the American showbiz world for decades, and As of 2020, she has an estimated net worth of $24 million. What should be most appreciated about Alana is the fact, that even after marrying two successful men from the industry, she fed for herself.

Alana might not have been awarded for the roles she did, but she sure had her share of fans and well wishers. She played an important role in the lives of men she married, as well as her kids. She started off at an early age, with modelling, and did well for herself. Whatever she did, she did it with passion and hard work. The actress is too old now to be acting. But we can only hope and pray for her health and long life. We might or might not be able to see her on screen again, but we hope she is having a good time in her life.