Every game has its own class, but you can’t deny the fact that racing is the most classic game in the world. And if the racer is a beautiful lady, you can’t resist yourself watching the game. Well, we’re talking about Alexis Dejoria who is a popular American drag racer. Now, she is retired, but she is still considered as one of best female drag racers in the world.

The legendary racer, Alexis Dejoria, was born on September 24, 1977, in Venice Beach, California. Her parents’ names are John Paul Dejoria and Jamie Briggs. She is a daughter of a rich father. Her father is the founder of ‘Paul Mitchell Hair Products’ and ‘Patron Spirits Company’. When she was a little child, her parents divorced. She has four half-brothers and two half-sisters, one by her father and one by her mother. There is not much information about her education.

Alexis Dejoria is married to American TV personality Jesse James. Before their marriage, they dated for years and finally in 2014, became one. Their extravagant and luxurious wedding ceremony garnered huge headlines. As of now, Alexis has no child with Jesse, but she has a 15-year-old daughter from her previous relationship. However, she has never revealed the name of her daughter’s father.

As a child, Alexis had no idea that she was going to be a legendary sports personality. After completing her education, she took over the responsibility of his father’s company. She managed it perfectly for almost four years. During these years, she developed an interest in cars. Gradually, her hobby became a passion, and she ended up making a career in the car driving. She took lessons for professional driving and finally in 2005, she hit the road of professional driving with NHRA Circuit. 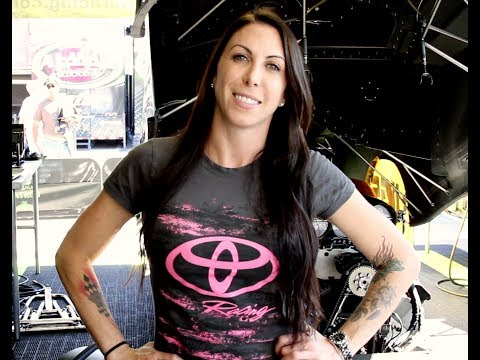 Within the first year of her car racing, she appeared in a couple of big tournaments and had even won one title. In 2009, she started her own team named Stealth Motorsports. This career movement earned her a huge success, and her popularity surged up to the sky. By the time, she has established herself as a professional player and continued to win titles after titles. Lately, in 2017, she had bidden adieu to the car racing.

As a player, Alexis has won many titles over her entire career. When it comes to major awards and achievements, she is the only drag racer who has won all three Super Comp, Top Alcohol Funny Car, Funny Car Classes titles.

Alexis Dejoria Net Worth & Earnings in 2020

Alexis Dejoria is an extremely successful drag racer. She has not only earned the unnumbered titles over her career but also a massive net worth. As of 2020, Now she is retired, but still she holds a whopping net worth of $130 million. She earned the major share of her net worth through her racing career. Not to forget, she is a daughter of a billionaire father. However, as of now, her father’s asset is not included in her net worth.

Some people work for their dreams since their childhood, but they never achieve them because they lack the dedication and hard-work. But Alexis Dejoria is a lady who decided her career in her late teens, and today she is one of the top female drag car racers in the world.