Anderson Cooper, the name is synonymous to tailored suits, baby blue eyes, silver hair, and his foxy smile. Boasting of the family name, Vanderbilt, Anderson Cooper’s life has always been the smooth ride everyone has ever wanted. From partying with Charlie Chaplin to getting your baby picture displayed at the Metropolitan Museum of Art, his has been a life that everybody craves. From the flashy Soho lights to the African tracks, Anderson has been a witness to all. An award-winning journalist who continues to break hearts and document true stories, Anderson Cooper indeed is a man of many talents.

Anderson Cooper was born as Anderson Hays Cooper on the 3rd of June, 1967 in Manhattan, New York City, to a writer, Wyatt Emory Cooper, and fashion socialite, Gloria Vanderbilt. Not to anyone’s surprise, Anderson Cooper had his life already set out for him, thanks to the legacy of his parents. He was cast into the limelight and showbiz business from an early age.

He was photographed by the noted photographer, Diane Arbus for Harper’s Bazaar and at the mere age of three was featured on “The Tonight Show.” He also modeled when he was 10 and continued for three years landing various assignments with Ralph Lauren and Calvin Klein. He attended Dalton School, graduated a semester early and left for Africa as a volunteer. After the Africa expedition, he attended Yale University and graduated in the year 1989 with political science as his major.

Anderson Cooper has been very open about his sexuality from the very start. Not one to shy away, he identifies himself as a gay man. Anderson Cooper met Benjamin Maisani in the year 2009. The pair started dating soon after that and announced their separation in March of 2018.

During his college years, Anderson Cooper interned at CIA. His advent into journalism started with no formal education and was utterly self-nurtured. His first job was at a local news agency. He went to Burma with a fake press pass and acquired several footages which he sold to Channel One. The Burma expedition left him wanting more, so he relocated to Vietnam for a year and studied Vietnamese. The year 1995 saw him working with the news giant, ABC News. 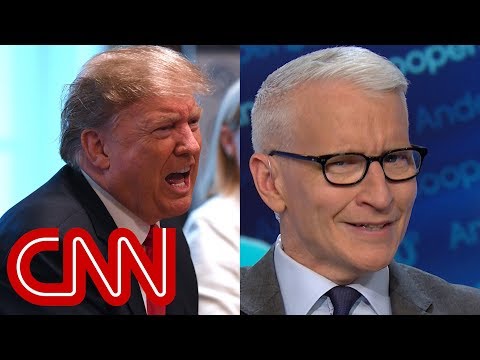 He started as a correspondent and moved up to the post of co-anchor on the “World News Now” program. He also chose to take up the job of a host on the reality show “The Mole.” Anderson Cooper later joined CNN in the year 2001. He started off as a co-anchor on the “American Morning” segment. He became a household name when he anchored his self-titled show “Anderson Cooper 360°.” In 2005, he covered major stories and catapulted his way into the top stream of journalists.

The years 2007-2010 saw him headlining various shows and documentary series. He hosted the “CNN Heroes: An All-Star Tribute,” and co-hosted the documentary, “Planet in Peril” alongside Sanjay Gupta and Jeff Corwin. He also had a minor stint in 2010 as a talk show host on “Anderson.” Apart from being a noted journalist, Anderson Cooper also identifies as a writer. His book, “Dispatches from the Edge” which centered on his adventures in Sri Lanka, Africa and Iraq became an NY Times bestseller.

As of 2020, Anderson Cooper’s net worth is $125 million. Anderson Cooper’s career as one of the most known faces of the media world has cemented him as a household name. Apart from his media ventures which pays him around $12 million a year, making him one of the highest paid journalists in the USA, he is also a successful writer. He also donned the role of a producer for a documentary based on his mother.

Cited by many as the “anchorman of the future,” Anderson Cooper has truly challenged and transformed mainstream media. His quick wit and sartorial nuances have been the talk of the town ever since he came into the limelight. At 51, he still continues on his mission, delivering nothing but the best. His unending passion for storytelling has been an inspiration and a light to all.