Anderson Paak is a well-known record producer and musician from America. He is one-half of the music duo “NxWorries” alongside musician and record producer Knxwledge. They are accompanied by the music band The Free Nationals, who play a variety of musical devices and instruments like guitar, piano, drums, and others.

Paak has been married twice. He met his first wife in a family church where he was performing as a drummer. A few years later, the couple divorced. He met his second wife while working as a teacher in a music school. Together they are the parents of a son named Soul Rasheed.

Anderson Paak started his music career as a teenager, producing music from his house while he was still studying at Foothill Technology High School. He performed at local churches and concerts in his hometown. Paak also worked at a marijuana farm in Santa Barbara, California. Later he was fired from his job without any prior warning, becoming homeless along with his wife and infant son. 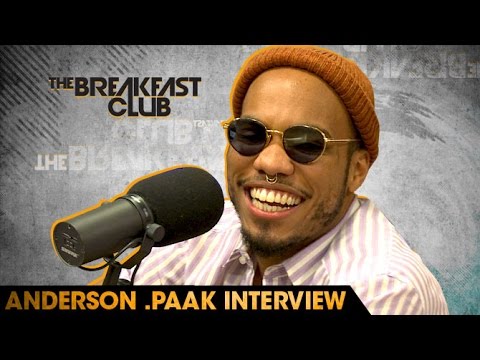 In 2011, Paak went to Los Angeles to pursue a career in music. He was employed as an assistant, editor, producer, and videographer by Shafiq Husayn of Sa-Ra. The following year he released his debut album “O.B.E. Vol. 1” under the pseudonym Breezy Lovejoy.

In 2013, Paak recorded and produced an all-covers EP, Cover Art under the label Hellfyre Club and OBE labels. He was also the lead producer of the music album “All You Can Do“. In 2014, he performed in six songs of the album Crompton.

Paak also did guest appearances on several albums include The Classic EP, The Progress EP 2: Fuck Yea Man, DFD, and many more. In 2016, he won the Centric Certified Award at the Soul Train Music Awards. At the 2017 Grammy Awards, he was nominated in the category of “Best New Artist”.

Anderson Paak Net Worth & Earnings in 2020

As of 2020, Anderson Paak has an estimated net worth of more than $5 million. Most of the fortune is the result of his successful career as a record producer and musician.

Paak has made several commercially successful music albums, and EPs including Lovejoy, Malibu, Venice, Oxnard, Violets Are Blue, The Anderson Paak EP and many more.

He also earns a huge sum of money by performing at several concerts, events, and tours all over the world.

Anderson Paak is one of the most talented and versatile artists in the world. Although Paak had a rough childhood, he has been able to have a successful career through his constant hard work, determination, and willpower.