Anil Ambani is an Indian business magnate who serves as the chairman of the Anil Dhirubhai Ambani Group. He is the son of late business tycoon Dhirubhai Ambani and the younger brother of Mukesh Ambani. Though the brothers were under the same roof (Reliance) for years, they later ended up in a split which made them part ways.

But do you know how much is Anil Ambani’s net worth in 2020 and how old is he? If you do not know, we have prepared the following article in which you can find everything that interests you about Anil Ambani’s life and career. We have prepared this article for you not only about details of Anil Ambani’s career, professional life and personal life, but also about his net worth, age, height, weight and more facts. Well, if you’re ready, let’s start.

Anil Ambani was born on June 4, 1959, in Bombay, India to Dhirubhai Ambani and Kokilaben Ambani. His brother Mukesh Ambani is two years elder to him. Anil got a Bachelor of Science degree from the University of Bombay and then finished MBA at The Wharton School, the University of Pennsylvania. Anil currently is one of the members of the Wharton Board of Overseers.

Anil Ambani is married to former Bollywood actress Tina Munim. The couple met through common friends and gradually fell for each other. Anil’s family did not encourage their relationship which made them put an end to the relationship. But after four years of separation, the couple reunited and Anil convinced his family to get him married to Tina. The couple got married in February 1991 and has two sons Jai Anmol Ambani and Jai Anshul Ambani.

In 1983, Anil joined Reliance as its Co-CEO and led the company to excel in overseas capital markets. He helped Reliance to generate $2 billion in 1991, through overseas financial markets and played an important role in the Yankee Bond in 1997. Under his guidance, Reliance enjoyed great success in textiles, petroleum, and telecommunication. 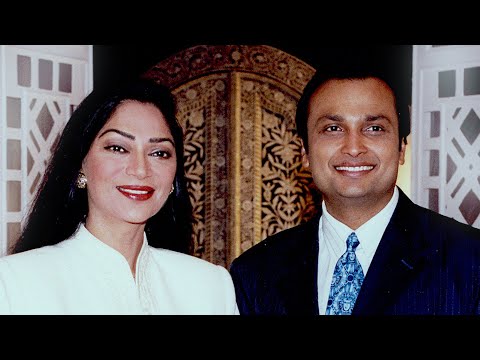 After the death of Dhirubhai Ambani in 2002, a feud for assets and properties broke between Mukesh and Anil which made their mother derive a truce according to which Reliance Communications, Reliance Capital, and Reliance Natural Resources Ltd went into the hands of Anil Ambani through which he formed the Anil Dhirubhai Ambani Group.

In 2006, the Times of India announced him as the Businessman of the Year through poll results. Anil was honored with the CEO of the Year Awards in 2004 at the Platts Global Energy Awards. In 2002, the Bombay Management Association presented him The Entrepreneur of the Decade Award.

Anil Ambani Net Worth & Earnings in 2020

Anil also served as the member of Rajya Sabha from June 2004 to March 2006 which adds another feather to his cap. Though his group is currently experiencing a downfall, we expect the highly talented businessman to lift it soon back to the heights it enjoyed.