One of the most successful professional boxers, Anthony Joshua, has won many championships in his career. The Briton has successfully represented his country in international events like the Olympic Games and the Commonwealth Games. He stands a massive 6 feet 6 inches and has never lost a match since turning professional.

Born as Anthony Oluwafemi Olaseni Joshua to Yeta Joshua, he is of the Yoruba ethnicity. He was born in England in the year 1989. His father, Robert, is of Irish ancestry. He is the cousin of a professional boxer, Ben Lleyemi. He has spent his early childhood in Nigeria and has studied in a boarding school. His parents got separated when he was just 12 years old.

In the United Kingdom, the boxer went to the Kings Langley Secondary School. He was given the nickname of “Femi” by his friends. He was also an excellent player in football as well as athletics during his school time. During his amateur career, he defeated many players like Zhang Zhilei, Ivan Dychko, and Roberto Cammarelle.

Anthony Joshua is reportedly single at present. But the boxer was previously in a relationship with Faryal Makhdoom in 2017. In that same year, he was rumored to have hooked up with Bella Hadid. He is also interested in chess. He is a very worthy bachelor, and in the future, he can have amazing ladies beside him.

Anthony Joshua turned professional in 2013. In his debut match against Emanuele Leo of Italy in October 2013, he sealed the match at 2:47. He then faced fellow countryman Paul Butlin and emerged as the winner. In 2015, he won the British and Commonwealth Champion. In 2010, He won Gold at the Super-heavyweight category of the GB Championships held in Liverpool. He emerged as a silver medalist at the World Championships held in Baku. 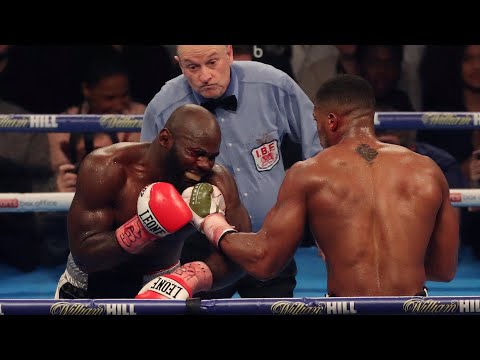 In 2012, Joshua successfully represented his country in the Summer Olympics held in London and won Gold. He has had victories over several top boxers like Joseph Parker, Carlos Takam, Wladimir Klitschko, Eric Molina, Charles Martin, Jason Gavern, Raphael Zumbano Love, Denis Bakhtov, and many others. He is the current unified heavyweight world champion. He was involved in the Fight of the Year in 2017 against Klitschko.

Before that, Joshua was named as the Prospect of the Year in 2014 by The Ring magazine. He has also held titles in the IBO as well as the WBO. For his contribution to the sports, he has been awarded the Order of the British Empire. He has been ranked as the Best Active Heavyweight in the World by Transnational Boxing Rankings Board, BoxRec, and The Ring. He has boxed in a total of 21 matches and has won all of them.

Anthony Joshua Net Worth & Earnings in 2020

Consider reviewing the net worth of a person who has never lost a single match in his career after turning pro? He is a talented and successful in professional boxing. In doing so, he managed to make a net worth of over $90 million as of 2020. He is known to cause a salary of $12 million in a year. He has also signed deals worth millions of pounds with Matchroom. He won 3 million pounds with his match against Dillian Whyte. He has also created a gym in London’s Marylebone.

Anthony Joshua is, indeed, a very influential person. He has never lost a match and is still very young. We can see him in many famous bouts in the coming future.