Bobby Murphy, who happens to be one of the co-founders of Snap Inc., is an engineer and internet entrepreneur. He created the social networking company along with Reggie Brown and Evan Spiegel when he was still a student at the Stanford University. He serves as the CTO of the multinational technology.

Bobby Murphy’s real name is Robert Cornelius Murphy, and he was born in the year 1988. His father is American, and his mother is a Filipino. Both his parents are employed in a government office in the state of California. His mother, Rosie L. Go-Murphy immigrated to the United States from the Philippines.

As a young child, Murphy went to the Saint Mary’s College High School to receive his secondary education in Berkeley. His determination later landed him in Stanford University, from where he received his B.Sc. degree and also joined the Kappa Sigma fraternity. In Stanford, his buddies were Spiegel and Brown. With whom, he founded the website called “Future Freshman”, this was a college guidance website. It was not a successful venture and was later taken by the Toyota Group.

Murphy is not even 30 years old and already has made a very successful career. Despite being active on Twitter, he has not tweeted anything to date. He is very calm and has been referred to as a “monk”. He has been married to his love from Stanford, Kelsey Bateman. The couple currently lives in Venice, California. He maintains a very low personal profile despite being highly successful.

Bobby has been a very talented person right when he was a student. He created Snapchat along with Spiegel and Brown when he was in Stanford University. He does not like to give job interviews and prefers working on his own projects. In 2011, he became one of the co-founders of the social networking app ‘Snapchat’. In 2018, the app has got more than 187 million daily users. 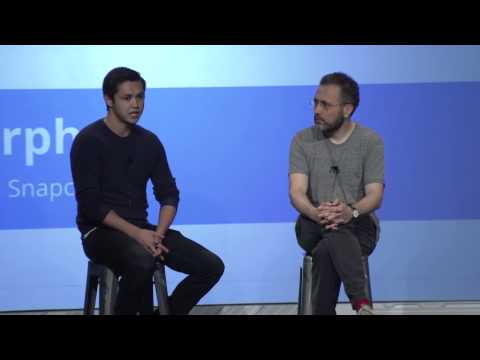 His company was later re-branded as Snap Inc., in 2016 and Murphy served as the Chief Technology Officer of the company. In 2014, Facebook founder, Mark Zuckerberg wanted to acquire Snapchat but was turned down by its founder. That same year, Time magazine featured him in the list of “100 Most Influential People”. Murphy has also worked in Revel Systems in the capacity of an engineer. In Snapchat, he has led the research team, product, and engineering of the company.

Together with Spiegel, Murphy has got 70% of voting rights of Snapchat. They later formed the Snap Foundation and pledged to donate 13 million shares of the company. Snap Inc. became public in 2017 and had a market cap of $34 billion. As per reports from Google Finance, the camera company is known to make a market cap of almost $13 billion in August 2017.

Bobby Murphy Net Worth & Earnings in 2020

How much net worth do you expect from a person who founded a popular social networking app at an early age? He is the world’s 1,250th richest person. His salary is $250,000 in a month and As of 2020, his net worth is $3.2 billion. Despite Snapchat having a low profile, he is able to amass this money. We could all say that he is talented and very oriented in his career that he became this wealthy. According to Forbes, he is the world’s second youngest billionaire.

Despite being the founder of a social networking app, he has not made a single tweet. Murphy is talented and young and is also involved in philanthropy. He is very influential and founding Snapchat is the best thing happened in his life.