We’ve always heard it being said ‘laughter is the cheapest medicine that treats many ailments’. This might seem as just empty words until you put it into practice. This is the reason why, not all people are humorous in nature, and the few who are lucky enough to be are treated as a treasure. Bryan Callen is among the lucky few artists who are excelling in this field.

Bryan Callen was born Bryan Christopher Callen on 26th January 1967. Bryan was born to Toni McBride and Michael Callen who were both Americans living in a military base located in Manilla, Philippines. Bryan is of Italian, Native American and Irish descent. Bryan’s father was an international banker. For that reason, Callen lived in different countries during his childhood until he was a teenager (14 years old). Some of the countries he has lived in are: Greece, Lebanon, India, Turkey, Saudi Arabia, Philippines, Tucson, Pakistan, Anchorage and Chad.

This made Bryan move from one school to another as the family was moving with the father. However, he joined Northfield Mount Hermon High School that is located in Gill, Massachusetts in his teenage and graduated in 1985. After graduating from High School, Bryan joined American University where he took history as a major course and graduated with a bachelor’s degree.

Bryan Callen has been married for almost 10 years now. Although there is nothing much known about his past relationships, it is clear that Bryan dated his current wife Amanda Humphrey before they both decided to say “I Do” on 28th October 2008.

The couple has however not been blessed with kids yet, but this has not been a hindrance for them to enjoy each other’s company. The two love and treasure each other and have made a great couple.

Callen first appeared in the acting industry in 1985 when MADtv debuted. His main characters included: Chat with Dixie Wetsworth, Pool Boy from Cabana, Jeremy Anderson who was a “relationship-challenged” inmate and he also acted as Al Casdy who was a motivational speaker. 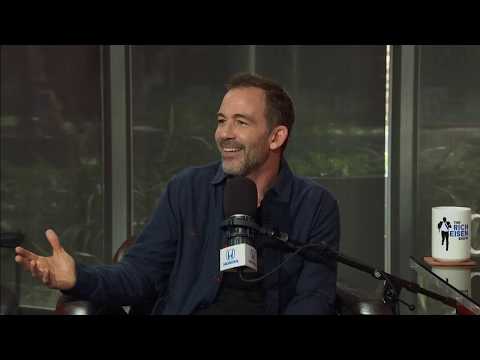 Other than the above roles, Bryan also performed impressions of Robert De Niro, Bill Clinton, Al Gore, Steven Seagal, Kevin Bacon, Luke Perry, Ted Knight among others. He has also been seen in different television shows which include: Entourage, Oz, Suddenly Susan, NewsRadio an NYPD Blue. In the series Law & Order he appeared in the Special Victims Unit.

Bryan co-starred and Co-wrote the “Dream Crushers” with Sara Rue, Will Sasso and Scott Thompson. Although the series “Dream Crusher” was successfully shot in 2009, it remained unaired until 2011. Bryan and his fellow actors Chris D’eilla and Will Sasso began the “Ten Minute Podcast” in February 20, 2012. He has also co-hosted “The Fighter and The Kid” among others.

Bryan Callen Net Worth & Earnings in 2020

As of 2020, Bryan Callen’s net worth estimated to be $2 million. This however is expected to rise with time as he is one actor who loves his job and is always looking for new opportunities to better his career. Much of Bryan’s earning is from his comedy and acting career as that is the profession he majored in since he graduated from University.

Despite Bryan being among the oldest members in comedy and acting field, he has managed to keep his life clean and free from controversies and immature rumors. Bryan loves his career and although he has been in the industry for more than 3 decades now, he is still pursuing his career and getting better by day.