Burnie Burns is a famous American producer who is well diversified in different categories of the entertainment industry like acting, directing, writing, comedy and also hosting. Currently, he is the chief executive officer of the Rooster Teeth production company. He has in the span of his career created and also partnered with other producers to create series.

Burnie was born as Michael Justin burns in Rochester, New York City. He was born in 1973 on January, and later his parents moved to Texas where he was brought up. Burnie’s father played a major role in motivating his son to venture into film.

Burnie attended high school at Alief Elsik School, and this is where he got his nickname, ‘Burnie.’ After graduating, he was admitted at Texas University where he studied and graduated with a bachelor’s degree in Computer Science. Apart from studying he was also a volunteer at the institution TV. In the same span of time, he was the founder member of a TV show that reviewed movies.

Burnie’s first wife was Jordan burns in 2001, but their marriage only lasted for a year. Currently, he is engaged to Ashley Jenkins a TV host. His current residence is in Austin, Texas. Burnie has been part of the International Academy of Web Television.

Burnie’s first major work came in 1997 when he produced ‘The Schedule.’ He was assisted by his roommates and served as the producer and co-director, and he was also the writer of the script. Since then, he has gone on to direct movies such as my Craft in 2012 and Lazer Team in 2015 where he also featured as an actor. 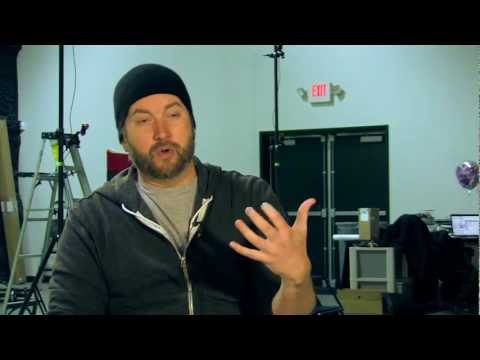 He has also produced the Connected Documentary, The Meme Machine, Haus of Pain, Lazer Team 2 and the Tattooist. He has also ventured in TV hosting like ‘sneak peak’ in 1994, the amazing race in 2016 and many more.

He is the creator of ‘Red vs. Blue’ in which he also stars. He has also gone on to create other web series like Panics, Captain Dynamic, Immersion, Youtubers React, Death Battle, Rooster Teeth Shorts and the Eleven Little Roosters. Burnie is the producer of RWBY video game.

Burnie is the receiver of several awards and nominations over the last few years. He has been nominated for the IAWTV award for best host in 2010 and 2012 respectively, PGA award for outstanding digital series in 2013 and Streamy Award for best writer in 2014. In the year 2015, Burnie was categorized in the list of ‘top 25 digital stars’.

Burnie has not any major awards but has achieved a lot in his career which is more than important than any awards. However, there is hope for him in the future as he is still active in the industry.

Burnie Burns Net Worth & Earnings in 2020

Burnie burns career has been a success and had over the years. As of 2020, he has been able to accumulate a net worth value of around $6.5 million. This wealth has been reached through producing many films, video games, and TV shows. His antics as a writer have been fruitful, and the few films he has acted in have also contributed to his wealth. He has been an iconic figure in improving technology with the high-quality games he has created.

Burnie has won every right to be branded as one of the best producers in the entertainment industry. His success is attributed to hard work and passion. He is a jack of all trades as he has ventured in multiple opportunities to expand his career. He is still active in the industry, and the future of this star looks positive.