Candice Bergen was born on 9th May 1946 in Beverly Hills, California, the US. Candice’s mother, Frances Bergen (née Westerman), also known as Frances Westcott, was a model for Powers. Candice’s father, Edgar Bergen was a renowned actor/comedian/ventriloquist.

As a child, Candice Bergen appeared on her father’s radio show. She appeared as Candy Bergen with her father on a Groucho Marx’s quiz show ‘You Bet Your Life’ (1958). While attending the University of Pennsylvania Candice Bergen was chosen for Homecoming Queen and Miss University. Candice failed art and opera courses, so she was asked to leave after her sophomore year.

On 27th September 1980, Candice Bergen married Louis Malle, the French film director. They had a daughter, Chloe Francoise (b. 1985). They were married till Louis Malle died of cancer on Thanksgiving Day (1995). Since 2000, Candice Bergen has been married to Marshall Rose, a New York-based real estate manager, and philanthropist.

Candice Bergen started working full-time as a professional model when she speared on covers of Vogue magazines. As a photo-journalist, Candace Bergen’s photos have appeared in Life and Playboy magazines. 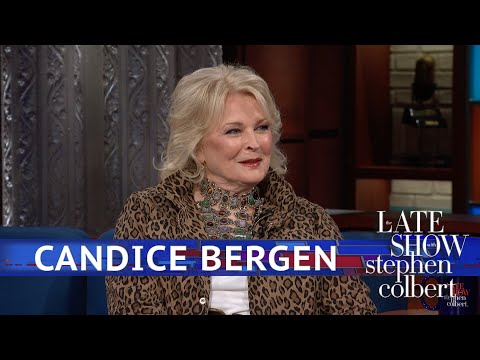 In 1996, Candice Bergen made her first appearance in the movie ‘The Group.’ The same year, Candice and Steve McQueen co-starred in the movie ‘The Sand Pebbles.’ This movie got nominated for several Academy Awards that helped Candice Bergen to build her acting career. After that, Candice Bergen enacted in several movies and television series. The most notable ones include 1971s ‘Carnal Knowledge’, 1975s ‘The Wind and the Lion’, 1979s ‘Starting Over’ and 1982s ‘Gandhi’. Candice Bergen appeared as an authority figure in movies the 2000s ‘Miss Congeniality’ and 2002s ‘Sweet Home Alabama’.

Candice Bergen got nominated for Academy Awards for Best Supporting Actress for 1979s ‘Starting Over’. She won the BAFTA Award for Best Actress in a Supporting Role for 1982s ‘Gandhi’. She won 5 Emmy Awards and 2 Golden Globe Awards for playing ‘Murphy Brown.’ Candice Bergen won a Golden Globe and got nominated for 2 Emmy Awards and a Screen Actors Guild Award for ‘Boston Legal.’

In May 1992, the University of Pennsylvania awarded an honorary doctorate to Candice Bergen.

We provide you with the latest gossip, news and videos straight from the celebrity world.
Contact us: [email protected]ebwikig0ssip.com
© Copyright 2019-2020 ! Celebwikigossip.com