Caroline Kennedy comes from the Kennedy family who was the U.S. Ambassador to Japan. She is a diplomat, author, and an attorney. Her father was the former U.S. President, John F. Kennedy. She has written many books and is a member of the Democratic Party. She has served in many important positions in several organizations and was also selected to be the U.S. Secretary of State, however she withdrew from it.

Caroline Bouvier Kennedy was born in November 1957 in New York City. She is the daughter of John F. Kennedy and former U.S. First Lady, Jacqueline Kennedy Onassis. She also had two brothers, Patrick and John Jr. who both died. She was only three years old when her father became the President of the United States. She was not even six years old when her father was assassinated.

She is the nephew of Robert F. Kennedy. In 1975, Kennedy earned her high school degree from Concord Academy. She has also been to many other schools. Later, she received her B.A. degree from Harvard University’s Radcliffe College. She then went on to receive her J.D. degree from the Columbia Law School.

In 1986, Caroline Kennedy got married to Edwin Schlossberg, who is a designer. Their relationship has been going strong for over three decades. They are the parents of Rose, John, and Tatiana Schlossberg. In 1975, she was in a relationship with British socialite Mark Shand. However, they soon broke up a year later. In 1967, she christened the United States Navy aircraft carrier in a publicized ceremony.

In 1991, Caroline Kennedy released the book entitled ‘In Our Defense: The Bill of Rights In Action’. This was written in collaboration with Ellen Alderman. She has served in many non-profit organizations. She has spoken at the Democratic National Convention in 2000 and in 2002 she worked in the Office of Strategic Partnerships of the New York City Department of Education. She has also been the board of director of The Fund for Public Schools and has been the board of trustees of Concord Academy. 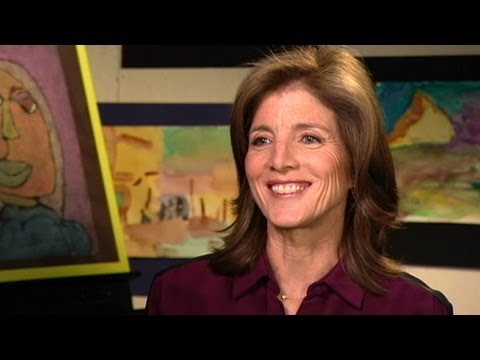 In 1989, she created the Profile in Courage Award along with her other family members. Kennedy also serves as the president of the Kennedy Library Foundation. She has been member of Washington D.C. and New York bar associations as well as the American Ballet Theatre, Commission on Presidential Debates, and NAACP Legal Defense and Educational Fund.

She was nominated as the U.S. Ambassador to Japan by Barack Obama in 2013. During this time, she visited many cities in Japan. She remained in the post until 2017. Kennedy has also written the book called ‘The Right to Privacy’ in 1995. She has edited the books ‘A Patriot’s Handbook’, ‘A Family of Poems’, ‘The Best-Loved Poems of Jacqueline Kennedy Onassis’, and ‘Profiles in Courage of Our Time’.

Caroline Kennedy Net Worth & Earnings in 2020

What could be the net worth of a woman who has served in many organizations in different capacities? Well, As of 2020, She has got a net worth of almost $270 million. She has published books and has got an apartment worth $20 million. She has also authored ‘A Family Christmas’ as well as ‘She Walks in Beauty’. She is the owner of her mother’s estate which is valued over $100 million. Her financial disclosure in 2013 was up to $278 million.

Caroline Kennedy is a very influential person. She has dedicated her life to working in several non-profit organizations. She has also been active in politics and has written many books. She continues to be active in various activities.