Charles Robert Schwab is among the most sensational American investors in the world of economy. Most of you will be aware of Charles Schwab Corporation which is a bank and brokerage firm. But, the face behind the success of the company is its founder, Mr. Charles R. Schwab. He is the chairman of the company now after retiring as a CEO in 2008 and is still the largest shareholder.

Schwab was born on 29th July 1937 in Sacramento, California. Terrie and Lloyd Schwab were his parents. He did his schooling from Santa Barbara, California. Later he went to Holy Rosary Academy in Woodland, California for his pre-college schooling. After this, he made a smart choice of opting for B.A. in economics from the Stanford University and graduated in the year 1959. Accordingly, he went to do his MBA from Stanford Graduate School of Business and got his degree in 1961. He has been the captain of the golf team in school and also became Sigma Nu fraternity’s knight.

He has been a dyslexic and his son also being dyslexic, the thought of assisting children with such disorders came into his mind which and that led to the establishment of The Charles and Helen Schwab Foundation. Art has been his point of interest always and so he has been an enthusiastic art collector. He donated many of his own collections of art to the Francisco Museum of Modern Art.

At his 26 he began writing an investment newsletter which earned 3000 subscribers and cost them $84 per annum as a subscription. In 1971 he opened a brokerage company in San Francisco as the First Commander Corp. in which he excelled. In 1973 bought all the stocks and changed the name of this company to Charles Schwab & Co., Inc. 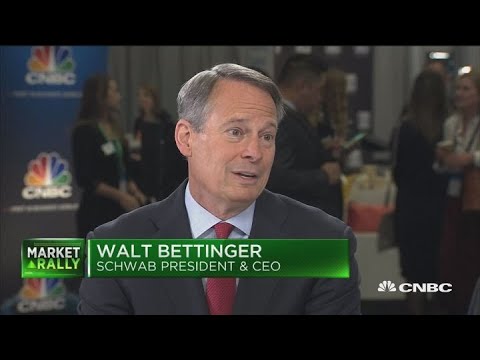 In 1975 another branch of the Schwab Corporation was opened in Sacramento, California by Charles Schwab. 1981 was the year when this company got registered as a member of NYSE. His first international office was set up in Hong Kong. Eventually, the number of clients kept rising and it ranged something around 222,000. The company holds about 8.2 million brokerage account of clients and is near $1.65 trillion worth of assets.

Charles Schwab Net Worth & Earnings in 2020

After going through his entire successful career, it is not so difficult to understand that he is one of the richest people in the US. As of 2020, His current net worth is something around $10.5 billion. Most of his earnings come from the Charles Schwab Corporation.

The ones who aspire to be in the field of investment and become a businessman, Schwab is definitely a true inspiration for those.