Cheryl Hines is a famous American actor, comedian, voice actor, film director, television director, and television producer. She is renowned for enacting Cheryl, wife of Larry David in ‘Curb Your Enthusiasm’ of HBO. She is well-known after enacting as Dallas Royce in ‘Suburgatory’ on ABC sitcom. Cheryl Hines directed her first movie 2009s ‘Serious Moonlight’.

But do you know how much is Cheryl Hines’s net worth in 2020 and how old is she? If you do not know, we have prepared the following article in which you can find everything that interests you about Cheryl Hines’s life and career. We have prepared this article for you not only about details of Cheryl Hines’s career, professional life and personal life, but also about her net worth, age, height, weight and more facts. Well, if you’re ready, let’s start.

Cheryl Hines (Cheryl Ruth Hines) was born on 21st September 1965 in Miami Beach, Florida. Her parents are James and Rosemary Hines. Cheryl, She has two brothers and a sister.

On 30th December 2002, Cheryl Hines married Paul Young, the founder of ‘Principato-Young,’ a management firm. They have a daughter, Catherine Rose Young (b. 8th March 2004). However, on 20th July 2010, the couple divorced. Since December 2011, Cheryl Hines dated Robert F. Kennedy Jr. (an activist who belongs to Kennedy family). The duo married on 2nd August 2014. 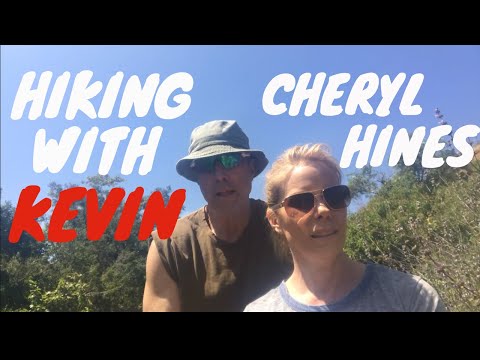 Cheryl Hines first job was as a television reporter and personal assistant to Rob Reiner. As an actor, Cheryl Hines appeared as a guest for many television shows such as ‘Swamp Thing’ and ‘Unsolved Mysteries.’ Cheryl Hines participated in the improv group called ‘The Groundlings.’ Cheryl Hines was close friends with Lisa Kudrow who became a star too.

Cheryl’s nephew was born with cerebral palsy. Ever since then, Cheryl Hines contacted the United Cerebral Palsy (UCP) to find answers and treatments. Over the years, she has actively participated with UCP. Cheryl Hines has used her fame in the film industry for awareness of Cerebral Palsy. Cheryl Hines also serves as a Board of Trustees of UCP.