As a woman of many hearts, Cheryl Ladd is an American who shines in many ways. She is an actress, singer, and author. Additionally, she is best known for her role as Kris Munroe on the popular television series Charlie’s Angels. With almost 48 years of experience in the Hollywood scene, Ladd has built herself quite an impressive empire with a net worth of millions.

But do you know how much is Cheryl Ladd’s net worth in 2020 and how old is she? If you do not know, we have prepared the following article in which you can find everything that interests you about Cheryl Ladd’s life and career. We have prepared this article for you not only about details of Cheryl Ladd’s career, professional life and personal life, but also about her net worth, age, height, weight and more facts. Well, if you’re ready, let’s start.

Cheryl Jean Stoppelmoor was born on July 12, 1951, in Huron, South Dakota. She is the second daughter of Dolores and Marion Stoppelmoor. Ladd’s mother was a waitress, and her father was a railroad engineer.

Cheryl Ladd has been married twice. Her first marriage was to actor David Ladd. They have one daughter together named Jordan. After her divorce, Cheryl kept her ex-husband’s last name. She married a music producer Bryan Russell in 1981. They have been together ever since.

Ladd is philanthropic and is involved with a non-profit group known as Childhelp. She serves as a celebrity ambassador for the child abuse prevention and treatment center.

In 1970, a young Cheryl Ladd moved to Hollywood to pursue a career in music. She then went by the name Cherie Moor and was singing voice of Melody on Hanna Barbera’s Josie and the Pussycats. Following that, she began to land non-singing roles in several commercials and episodic television. Ladd’s big acting break came when she was cast in ABC’s television series Charlie’s Angels in 1977. She remained part of the main cast until the spring of 1981 when the show ended. 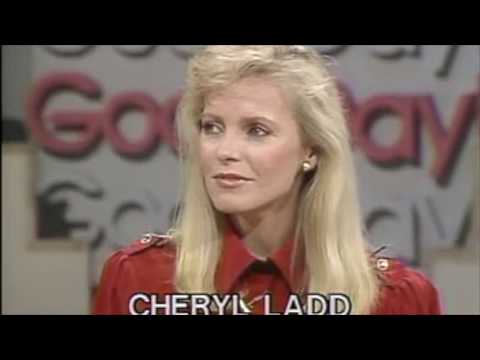 While working on Charlie’s Angels, Ladd took advantage of the popularity she was gaining to advance her music career. She released three albums and had a top 40 Billboard Hot 100 single and a gold record. She also performed the National Anthem in January 1980 at the Super Bowl XIV.

After Charlie’s Angels, Ladd remained active on television. She has starred in more than 30 made-for-television films including Grace Kelly. She has also appeared in some features films and as a guest on other TV shows such as Charmed. She has published two books, one in 1996 and the second one in 2005. Ladd starred on Broadway in September 2000 in the revival of Annie Get Your Gun.

As of 2020, With a successful Hollywood career, Cheryl Ladd could comfortably call herself a millionaire with an estimated net worth of $12 million. Ladd has built a big part of her fortune through her career as an actress. She also earned a good amount of money from her music career and Broadway performances. Ladd is also an author. She has brought in good earnings from the sale of her two books.

Cheryl Ladd is a multitalented beauty. She has used her talents in acting, writing, and singing to build her career in Hollywood which has been very successful.