Chloe was born on 25th May 2001 in Pennsylvania. She is yet to be an adult, and she started taking dancing lessons from the early age of two. She was primarily drawn towards jazz and ballet, but with age, she started exploring and mastering other forms of dance styles. Since the age of five, she has been competing in multiple dance competitions throughout the United States. Chloe has won several titles at the regional and state level.

Chloe started dating Ricky Garcia in the early June of 2015, but the relationship did not thrive for more than a year. Ricky is a very popular pop singer, and the couple met at Radio Disney Music Awards in 2015. They announced their breakup on 1st May 2016 through their social media accounts. Chloe is in constant touch with Ricky and even attended his birthday party in 2017. Chloe was diagnosed with Silent Sinus Syndrome and undergone surgery for the same. She loves boxing and doing yoga when not dancing.

Chloe was cast in the inaugural season of Dance Moms with her mother. The pair made their last appearance in the finale episode of the fourth season of Dance Moms reality TV show. With that, Chloe left Abby Lee Dance Company which she joined when she was two years due to the negative relationship between her mother and the owner of the company Miller. After that, she opened her YouTube channel and has over 100 million views with over 1 million subscribers. She even started a vlogging YouTube channel. 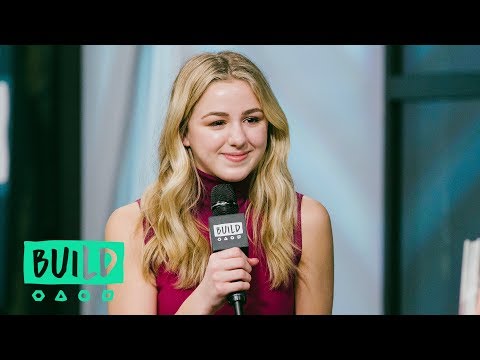 She joined Studio 19 Dance Complex, and her competition team won nationals in July 2015. She is a spokesmodel of Just For Kix and featured in several music videos. She is also into modeling and walked the ramp for several popular brands. From 2017, Chloe has started touring the world with Kalani Hilliker and Kendall Vertes. In the meantime, she acts in many web series, TV films, and TV series.

In 2017, Chloe released a fashion line and a shoe line. She loves to write short stories and poems. She has decided to pursue a career in writing as a part-timer and signed a deal with Bloomsbury Publishing. Her debut book Girl on Pointe was release last year. Chloe won the Teen Choice Awards for Choice Dancer and Industry Dance Awards for Favorite Dancer17 and Under category.

Chloe Lukasiak Net Worth & Earnings in 2020

How much net worth do you think a popular teenage girl can make? Well As of 2020, she already has a net worth of over $8 million, and she is just getting started. The main source of income has been Dance Moms participation. Her YouTube channels and brand endorsements are a big booster to her wealth. Furthermore, the stage shows and world tours are contributing significantly to her fortune.

Chloe is merely 17 years of age, and within such a short time, she has made a name for herself in the hearts of Americans. As a matter of fact, with her world tours, she is growing exponentially, and she is already an internet sensation.