Chris Andersen is a former professional basketball player from America who played for the Cleveland Cavaliers of the NBA (National Basketball Association). He won his first NBA championship in the year 2013 when his team defeated the San Antonio Spurs in the finals.

Chris Andersen was born on July 7, 1978, in Long Beach, California to his parents Claus Andersen and Linda Holubec. His father was a prison officer, and his mother worked as a waitress at the Port Hueneme naval base.

He spent most of his childhood days in Iola, Texas. Andersen played basketball when he was in high school. He wanted to attend the University of Houston but could not get admission due to poor grades. Later Andersen went to the Blinn College in Brenham.

He led the National Junior College Athletic Association and played for the Blinn Buccaneers for one season.

Andersen is known for his colorful tattoos on neck, arms, chest, back, hands, and legs. He is currently dating model Tina Wiseman.

Chris Andersen started his professional basketball career in the American minor leagues and Chinese Basketball Association. In 2001, he joined the team of Dakota Wizards of the International Basketball League. In the same year, he joined Fargo-Moorhead Beez and Sugarland Sharks of the Southwest Basketball League. 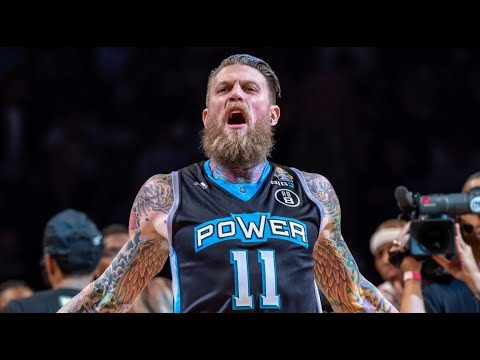 On November 2001, Andersen became the first D-League player to sign with the Denver Nuggets. He quickly became one of the best per-minute shot-blockers and re bounders of the league.

Andersen signed a multi-year contract with the basketball team of New Orleans Hornets in the year 2004. In 2006, NBA banned him for two years for violating the league’s drug policy.

Two years later on March 2008, Andersen was reinstated as an NBA player. The Nuggets signed him for a five-year contract. In 2013 he was suspended for a game due to a flagrant foul. In the same season, he made an NBA Playoffs record for the highest field goal percentage of 80.7 %.

Andersen played for 72 games averaging 6.6 points with 1.3 blocks and 5.3 rebounds per game. In 2016 he was signed by the Cleveland Cavaliers but could not play for most of the matches due to an ACL tear that required season-ending surgery. The following year he was acquired by the Charlotte Hornets in the second-round pick.

Chris Andersen Net Worth & Earnings in 2020

As of 2020, Chris Andersen has an estimated net worth of more than $18 million. Most of the fortune is the result of his successful career as a professional basketball player.

In his entire career, he played for multiple teams of the National Basketball Association. In 2013 Andersen signed a multi-million deal with the Miami Heat.

On March 2018, he signed a contract with the BIG3 to join the Draft pool. Andersen was selected by the team Power and helped them to win the 2018 BIG3 championship.

Chris Andersen is one of the most renowned basketball players in the world. Millions of fans all over the world admire him due to his skills, tattoos, Mohawk haircut, and trademark hustle.