Christian Siriano is a famous American fashion designer. He is well known for being a member of the Council of Fashion Designers of America (CFDA). Siriano’s name gained fame after he competed and won season four of the American design competition Project Runway. His career has earned him a good amount of wealth over the years.

Christian Siriano was born on November 18, 1985, in Annapolis, Maryland, to parents Peter and Joye Siriano. He is of Italian and German descent. Siriano has one older sister. He attended Broadneck Senior High School for one year and then transferred to Baltimore School for the Arts. The school permitted him to choose fashion design as a course of study. Siriano has stated that his parents supported the arts and encouraged him and his sister to pursue creative fields. He also studied ballet as a child. It is his interest in costume design that inspired him to pursue a career in fashion.

Siriano studied abroad at American InterContinental University in London, England, after the Fashion Institute of Technology rejected him. Christian moved to New York after graduating from college.

Siriano is openly gay. He became engaged to singer-songwriter Brad Walsh on July 28, 2013. They exchanged engagement bracelets rather than rings. The couple got married on July 9, 2016, at their summer home in Danbury. They live in the Chelsea neighborhood of Manhattan. 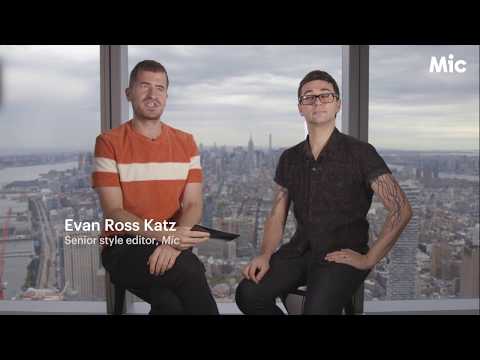 Siriano started his career by working as a freelance make-up artist. He also made wedding gowns for private clients and held a brief intern position at Marc Jacobs. He auditioned for Project Runway after a suggestion of a friend’s mother. He won three challenges during his time on the show. He was then announced as the winner of the show’s fourth season.

Siriano’s fashion line named Christian Siriano debuted on September 13 at New York Fashion Week. He opened his first flagship store in September 2012 on Elizabeth Street in Manhattan’s Nolita neighborhood. He also launched his first fragrance in 2014. Christian Siriano is a red carpet favorite for celebrities. He has high-profile clients like Victoria Beckham, Nicki Minaj, and Rihanna.

In June 2013, Siriano was inducted into the Council of Fashion Designers of America (CFDA). He released a book titled Fierce Style: How To Be Your Most Fabulous Self in 2009.

Christian Siriano Net Worth & Earnings in 2020

The renowned young fashion designer is a mogul in the making, having being named as one of Crain’s Top 40 Entrepreneurs under 40 after launching his fashion line which earned him $1.2 million in total revenue. As of 2020, Christian Siriano has a net worth of $2 million. Majority of his wealth has been built from his career as a fashion designer. He also earned some amount of money after winning Project Runway.

Christian Siriano is a young and talented fashion designer. He has an intense passion for his work, a factor that has driven him to put hard work in his designs and make them as brilliant as possible. With a peaking career at a young age, Siriano has just started making his mark, and the future is looking bright for him.