Rising to stardom from his childhood and infant years, Cole Sprouse has grown to be one of America’s favorite actors, bagging tremendous success in his acting career. The Hollywood regular sits on some huge numbers, something his peers would only dream of.

The beloved American actor, Cole Sprouse was born in Arezzo, Italy on August 4, 1992. He is a son to American parents Matthew Sprouse as well as Melanie Wright who were at the time of Cole’s birth teaching at an English language school in Tuscany. Cole is the twin brother to Dylan Sprouse, who has been his fellow co-actor from their toddler days.

Cole Sprouse attended New York University. Originally, he had interests in pursuing film and television production but made up his mind to enroll in the Gallatin School of Individualized Study, where he studied humanities and majored in archaeology. In 2011, he also took classes at NYU for photography, which is one of his major interests. He graduated from New York University in May 2015.

A popular young celebrity will never miss headlining in the relationship column of Hollywood, and Cole is no different. While he has adopted the low key rule when it comes to his romantic life, Cole has been rumored to be romantically involved with his Riverdale co-star and on-screen girlfriend, Lili Reinhart. The pair has been spotted together several times but has remained scrupulous about confirming a possible off-screen romance.

Cole Sprouse began his career at just eight months, when his grandmother, Jonine Booth Wright, a drama teacher, and actress, brought it up as a suggestion. Cole shared most of his early roles with his twin brother Dylan. As toddlers, they appeared in child commercials, advertisements, television shows, and films. Some of the highlighting works that Cole took on included Grace Under Fire, Big Daddy and The Master of Disguise. 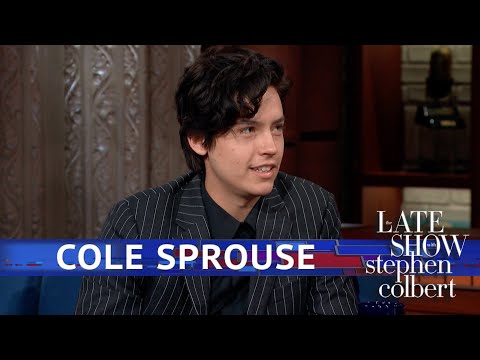 As the twins continued to grow, they each started taking more independent roles but still worked on some projects together. On February 9th, 2016, Cole got a major opportunity when he was listed as a cast member in the CW’s teen drama series, Riverdale.

Sprouse is a passionate fan of comics and once held employment at the renowned Los Angeles comic store Meltdown.

Cole Sprouse Net Worth & Earnings in 2020

Cole’s net worth will make you want to be a cast of Riverdale, as the young actor has brought in a huge chunk of money for himself at only 26 years. As of 2020, Estimated to be at $9 million, Cole’s net worth is mainly from his acting career which he kick-started when he was a toddler.

With an already blossoming career and great talent, Cole Sprouse is a Hollywood star that will do much should he remain in the industry. The screen loves him, and more of his projects are highly anticipated.