Cynthia Bailey is a renowned and a popular American actress, model, and a television personality. She gained much of her popularity from one of the reality show where she was cast as one of the participants known as ‘Real Housewives of Atlanta’. She has been to the model industry where she began as a fashion model in which she was seen in the cover of magazine Essence through Wilhelmina Models. She remained successful but then embarked to acting later especially to the reality show which saw her get much fame.

Cynthia Bailey was born on 19th February in the year 1967 in Tuscumbia in Alabama. She was born to her parents known as Leon Bailey and Barbara Bailey. She got raised at Alabama but while at the age of 18 years, she decided to move to New York so that she would be able to enhance her career in modeling and acting. After moving to New York, she signed an agreement of a contract with Wilhelmina Models from which her fame began to gain its roots.

Cynthia has been in a relationship with Leon Robinson who is both an actor as well as a singer who they together had one daughter known as Noelle in the year 1999. They did not get married and she later got engaged to Peter A. Thomas who was a TV show actor. She then got married to him in the year 2010 but later separated after six years when their divorce was concluded. Even though they divorced Peter, she still receives much support from him as they claim that the divorce was more due to some of the individual ambitions.

Cynthia became aware of her career at a very young age in which she then began venturing into modeling during her young age. She won the Homecoming Queen Crown while on her high school but got well rooted when she moved to New York and signed a contract with Wilhelmina Models while at the age of 18 years. During this age, she began modeling and was seen on cover pages of a number of magazines such as Magazine Essence. Other fashion magazines she also appeared in include Elle, Vogue, and Vanity Fair. In addition to this, she has also appeared in several European Fashion Shows. 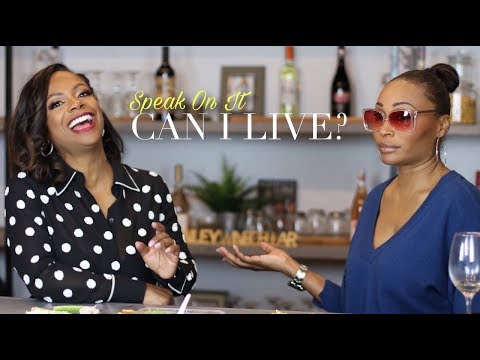 She has gone an extra mile in appearing in music videos such as albums which include; ‘Technique’, and ‘Round and Round’. She then later joined acting on a reality show known as ‘The Real Housewives of Atlanta’ while it was on its third season and she immediately got much fame. Due to the successful appearance in the show which made her popular, she then appeared on other shows such as; ‘The Next: 15’ in which she was a guest star, ‘Cupcake Wars’ which was a celebrity show, ‘Black Friday’ which was a documentary in the year 2015 and ‘Sharknado: The 4th Awakens’.

She has also been a guest judge at the 65th Miss Universe in which she was a judge in both preliminary as well as on finals. She has had much achievement in her career and has also hosted the 8th Annual AAMBC Literary Awards.

Cynthia Bailey Net Worth & Earnings in 2020

As of 2020, Cynthia Bailey has an estimated net worth of $1 million. This comes from her career as an actor as well as a fashion model. Her appearance in the television shows and series such as the Real Housewives of Atlanta, are among the high contribution to her net worth. In addition to this, she earns a salary of $300,000 in each season.

In the Real Housewives of Atlanta, Cynthia Bailey is one of the most loved characters which contributed highly to her successful career. Currently, she has invested in many businesses such as leather purse collection known as Cargo, eyewear collection and the Bailey Agency School of Fashion.