Damon Wayans is a famous American actor, stand-up comedian, producer, and author. He came into the limelight after he created and performed his comedy show commonly known as ‘In Living Color.’ He also starred, produced and written several television shows such as ‘Major Payne,’ ‘The Last Boy Scout,’ among others.

His birth full birth name is Damon Kyle Wayans, and he was born in 1960 in a large neighborhood in New York City called Harlem. He is the son to Elvira Alethia and Howell Stouten Wayans. His mother is a singer and social worker while his dad is a manager at a supermarket.

Damon had a wife called Lisa Thorner, but they separated in 2000. Before the separation, they had had two sons and two daughters namely Michael Wayans, Damon Wayans Jr., Kyla Wayans, and Cara Mia Wayans.

He has nephews and a niece in the acting industry namely Craig Wayans, Damien Dante Wayans, and Chaunte Wayans. Damon Wayans has also been called grandfather. He has been suffering from a metabolic disorder called Type 2 diabetes since 2013. He is a best friend of Jim Carrey and Michael Jordan. He lives in Beverly Hills in California.

Damon began his comedy career in 1982 when he performed various stand-ups. In 1984, He appeared in Eddie Murphy’s film called ‘Beverly Hills Cop,’ and for one year, he was featured as a performer on the ‘Saturday Night Live’ show. In 1980, he had roles in the various films like ‘Punchline,’ ‘Earth Girls are Easy,’ ‘Solid Gold,’ and many others. 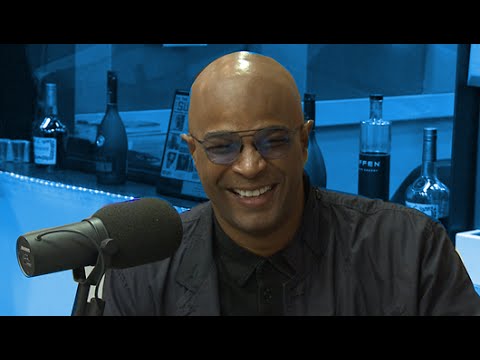 Together with his brother Keenen they created the comedy series ‘In Living Color’ and it was aired in for four years. After the successful years in the show, he decided to focus on his film career.

He was the starring in various famous movies like ‘Bulletproof,’ ‘Celtic Pride,’ ‘Mo’ Money,’ ‘ My Wife and Kids,’ and many others. He was also involved in writing other films including ‘Blankman.’ As a producer, he has produced films like ‘The Underground,’ ‘Waynehead,’ and others. He has also written a fictional novel titled ‘Red Hats.’

For one year he was signed in as the executive producer an American drama aired on the Fox called ‘413 Hope St.’ Damon Wayans has worked prominent people such as Janet Jackson in her video ‘The Best Things in Life are Free.’

His years of experience in the entertainment industry have not gone unrewarded. He won the People’s Choice Award for the Favorite Male Performer in 2002, four Golden Satellite Awards nomination. For his splendid work, he received several Emmy Award nominations.

Damon Wayans Net Worth & Earnings in 2020

As of 2020, Damon has an estimated net worth of $40 million. His amassed wealth comes from his career as a stand-up comedian and actor. Part of his fortune also comes from being the producer of various projects, and as a writer. Although he retired from stand-up comedy, he enjoys a comfortable life with his family.

He is a comedian that many people recall due to his unique talents. Coming from the Wayans family of entertainers, his name is ranked among the best actors in the world. Many people celebrate Damon Wayans as one of the comedians who made them laugh at one time or another.