Danny Koker is a famous American car restorer and a reality television personality. He is most well-known for appearing on the television reality shows of his own called ‘Counting Cars.’ This show features how various vehicles are restored in his shop, ‘Count Kustom.’

But do you know how much is Danny Koker’s net worth in 2020 and how old is he? If you do not know, we have prepared the following article in which you can find everything that interests you about Danny Koker’s life and career. We have prepared this article for you not only about details of Danny Koker’s career, professional life and personal life, but also about his net worth, age, height, weight and more facts. Well, if you’re ready, let’s start.

Danny Koker (Daniel Nicholas Koker II) was born on 5th January 1964 in Detroit, Michigan, the USA. Since Danny Koker’s father, Danny Koker Sr. was passionate about music in addition to automotive, he wrote and composed music. When he was 11 years old, Danny Koker performed in front of the audience at the Carnegie Hall.

Danny’s father and uncle were passionate about the automotive industry, and they were employees of the Ford Company in Detroit. Danny Koker was considered to belong to the automotive family. This helped him in learning all he needed to know about how to become a successful vehicle mechanic. Danny taught himself how to fix all kinds of vehicles. He started this hobby from the age of 8 when his father gifted him his first motorcycle. He took all the parts apart and reconstructed the vehicle. Soon this hobby became his profession.

Danny Koker settled in Las Vegas, Nevada and he was nicknamed ‘Count.’ On arriving he became the co-owner of a local television station. He hosted the weekly movie series known as ‘Saturday Fright at the Movies.’ Danny’s on-camera person was called Count Cool Rider. 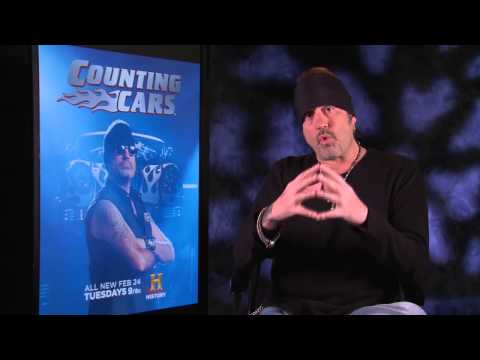 In the early 1990s, Danny Koker opened his own vehicle restoration and repair shop called ‘Count’s Kustoms.’ Since then, the Count Kustoms has successfully expanded in business. The shop boasts of using top quality material and parts for restoring ‘kustom’ cars, trucks and choppers. Danny’s crew include his best friend, Kevin, Roli and more.

Danny Koker appeared on two History Channel’s favorite reality shows including ‘Pawn Stars’ and ‘American Restoration.’ Following, Danny Koker was offered to broadcast his own show, ‘Counting Cars’ since 2012. This show highlights Danny Koker and his staff restoring and repairing various cars at Count Kustom. This show opened mini merchandise for Danny and his restore and repair shop. As of December 2013, there have been 40 episodes in the past two seasons. Danny Koker’s own collection contains over 50 cars and motorcycles.

Danny Koker Net Worth & Earnings in 2020

As of 2020, the estimated net worth of Danny Koker is $14 million. Most of his wealth came from his profession as a car restorer and reality television host. Danny Koker has the nickname ‘Count’ that he used for establishing his various businesses in Las Vegas. Some of his business highlights include his reality television show called ‘Counting Cars’ featuring his vehicle restoring shop called ‘Count Kustom.’

Danny Koker has a vast collection of automobiles including vehicles and motorcycles. Danny Koker loves to drive his favorite car regularly, 1965s Cadillac Fleetwood. Danny Koker lives in a large estate comprising of 5 buildings. He uses them to sell the mini merchandise of Count Kustom to visitors and tourists. Also, he displays some of his vast collections of vehicles.