Darren Sharper is a former professional football player. He played in the National Football league for fourteen years, playing college football for the College of William & Mary. Having been a pro-athlete for some years, Sharper managed to accumulate some amount of wealth.

Darren Mallory Sharper was born on November 3, 1975, in Richmond, Virginia to parents Pauline and Harry Sharper. He attended Hermitage High School in Henrico County, Virginia. He played for the varsity football and basketball teams while there. Sharper graduated in 1993 and proceeded on to enroll at the College of William & Mary. That is where his career as a football player thrived.

Darren Sharper was arrested in January 2014 in Los Angeles on suspicion of rape. He was accused of drugging at least nine women in four different states with the intention to rape. He eventually pleaded guilty to the accusations on May 29, 2005. He had been offered a nine-year sentence in a plea deal which he accepted but the judge ruling the case rejected the plea agreement. Sharper started his 18 years and 4 months sentence in prison on August 18, 2016. His two accomplices, Brandon Licciardi, and Erik Nunez pleaded guilty to charges of drug distribution and were equally sentenced.

While in college, Sharper played for the William & Mary Tribe football team. He earned All-America honors twice during his college career and was named first-team All-Yankee Conference selection three times. By the end of his college career, Sharper had a school record of 24 interceptions and an I-AA record of 468 career interception return yards. 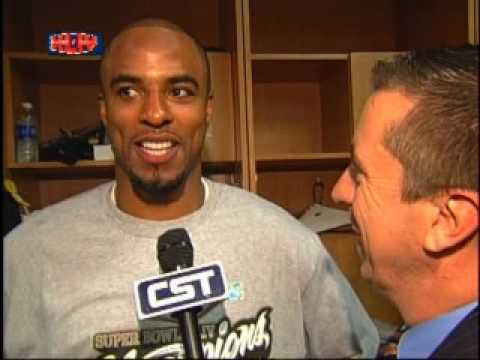 Darren Sharper was selected by The Green Bay Packers’ in the second season round of the 1997 NFL Draft. He played the safety position. During his professional regular-season debut, he led the team to 38-24 win against the Chicago Bears. He remained with the Packers’ until 2005.

The Minnesota Vikings signed Sharper to a 4-year $10.6 million contract that included a signing bonus of $4 million on March 12, 2005. He was sidelined for two games in weeks 3-4 after injuring his quadriceps. Upon return, Sharper thrived and made many records for the team. He left the Vikings in 2008 when New Orleans Saints signed him to a one-year contract. The contract was worth $1.2 million. Sharper was with the New Orleans Saints until 2010.

Darren Sharper Net Worth & Earnings in 2020

As of 2020, Darren Sharper has an estimated net worth of $9 million. A huge part of his wealth was built during his time in the National Football League. Over his active years, he played for three teams throughout his career: Green Bay Packers, Minnesota Vikings, and New Orleans Saints. He also earned from briefly working for WWL-TV as an analyst. Sharper also worked with the NFL Network.

Darren Sharper is another example of celebrities who try to abuse their power, money, and fame to exploit others. His career went down as a result of rape. It is ironical how he always spoke against the violation of women. However, he did have a great career in the NFL and was a talented football player.