Dean Ambrose is an American professional wrestler and an actor. He formally used the name of Jon Moxley as his ring name before changing it to Dean Ambrose. He is a two -time Intercontinental Champion on the WWE.

His official names are Jonathan David Good, born on the 7th of December 1985 in Cincinnati, Ohio. He spent his childhood at Cincinnati and it was very rough. His father worked in a far state and was not present during his childhood.

Ambrose grew up in a public house in a very rough neighborhood. As a child, he idolised wrestling legend Bret Hart, and he loved watching wrestling videotapes and reading wrestling stories. He began training as a wrestler when he was attending high school, but a year after the commencement of his training, he dropped out of school to focus on a career in wrestling.

Ambrose is married to Renee Young, who is a WWE announcer. The two started dating back in 2013 and finally tied the knot in April 2017. The couple resides in Nevada, Las Vegas. Dean is not a social media Phanatic and is not at all active. He likes keeping his life as private as he can.

Ambrose started by working for the former wrestler Les Thatcher at the Heartland Wrestling Association. His job at first was to set up the ring and sell popcorn. Les encouraged him to start professional training at the age of 18. 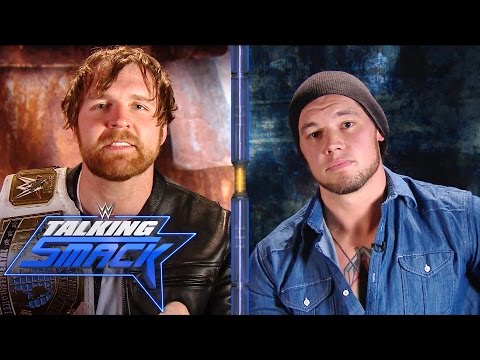 His debut game was in 2004, under the ring name of Jon Moxley. Together with partner Jimmy Turner, Dean won the HWA Tag Team Championship in 2005. He took part in many games some of which earned him different championship titles.

He joined WWE in April 2011 and started wrestling under the ring name of Dean Ambrose. He made his television debut on July 3rd the same year where he publicly challenged Seth Rollins. The match ended in a draw, and the two rematches also completed the same. He has been able to win several titles at the WWE Championship matches ever since.

Apart from wrestling, Ambrose is also an actor. He has acted in films like ‘Countdown,’ and ’12 Rounds 3: Lockdown.’ Dean also made television appearances in various seasons of the ‘Total Divas.’ His game debut was in ‘WWE 2K14.’ It was followed by ‘WWE 2K15,’ WWE2K16,’ up to ‘WWE2K19.’

Dean Ambrose is a darling to many wrestling fans all over the world. His incredible skills and strong character fit him well and make him stand out among the rest. He is never shy to accept any challenge that comes his way, and that is how he is rising very quickly to the top. All the best to him.