Dove Cameron is a renowned American actress, television personality, and singer. She is best known for her dual role in Disney channel teen series Liv and Maddie since 2013. She is known as Dovelin, Dovey, and Chlo as well. Dove is well known for her performance in Descendants and Descendants 2.

But do you know how much is Dove Cameron’s net worth in 2020 and how old is she? If you do not know, we have prepared the following article in which you can find everything that interests you about Dove Cameron’s life and career. We have prepared this article for you not only about details of Dove Cameron’s career, professional life and personal life, but also about her net worth, age, height, weight and more facts. Well, if you’re ready, let’s start.

Dove Cameron was born as Chloe Celeste Hosterman on 15th January 1996 in Seattle, Washington, U.S. to Philip Alan Hosterman and Bonnie Wallace. She lived with her parents along with her sister Claire Hosterman in her early childhood. Her parents separated later. Cameron rose in Bainbridge Island, Washington. Dove attended Sakai Intermediate School and Burbank High School.

From her early childhood, Dove started acting in a community theatre at Bainbridge Performing Arts. She moved to Los Angeles, California with her family when she was a teenager. At the age of 14 Dove participated in Burbank High School’s National Championship Show Choir. Dove Cameron belongs to French, Slovak, Russian and Hungarian ancestry.

In 2011 Dove Cameron lost her father at the age of 15 only. After her father’s death, she changed her name to Dove in his honor. She can speak France other than English. She spent some time in France as well. Dove started dating Ryan McCartan in 2013. He is a famous American actor and singer by profession. The couple declared their engagement in April 2016. Later they broke up in October 2016. After that, Dove started her relationship with Thomas Doherty, a Scottish actor. 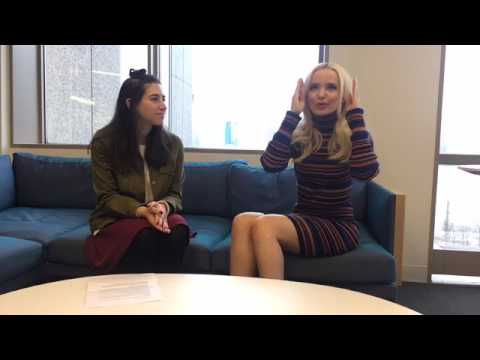 Dove Cameron dreamt a dream to be successful in life as a singer as well as an actress. She is passionate about acting. She began to act as an eight year’s old child. She stepped into this industry in 2007. In Descendants: Wicked World she voiced the role of Mal in 2015. She has starred in the films including Cloud 9, Bits and Pieces, Barely Lethal, Descendants, Descendants: Genie in a Bottle, and R.L. Stine’s Monsterville: The Cabinet of Souls.

Apart from these, she appeared in some television series like The Mentalist, Shameless, Austin & Ally, and Malibu Country and so on. Dove got nominations for Teen Choice Awards in 2014, 2015 and 2016. She received Daytime Emmy Awards in 2018 in the category of Outstanding Performer in a Children’s Series.

Dove Cameron Net Worth & Earnings in 2020

Dove Cameron is a successful woman of America. She paced herself as one of the most successful and established actresses in the film industry. She is a highest paid actress of Hollywood as well. She has a huge fan base. Her performances are always praised by her audience. Dove considered her an adventurer into the unknown.