Till she was seven years, Drew was raised in Poinsettia Place, West Hollywood. She moved to Sherman Oaks but resettled in West Hollywood when she was 14 years. Drew Barrymore attended Fountain Day School and Country School.

Drew Barrymore and Will Kopelman were married for almost four years before divorcing. They have two children named Olive and Frankie.

At 11 months, Drew Barrymore first appeared on screen in an advertisement for dog food. Initially, Drew appeared in a minor role in the movie ‘Altered States’ (1980). When she was five years, Drew Barrymore played Gertie in the super hit movie ‘E.T. the Extra-Terrestrial’ directed by Steven Spielberg. 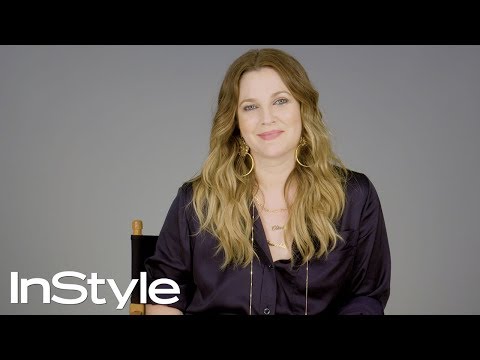 Drew Barrymore won the awards of Young Artist for Best Supporting Actress. Since then, Drew Barrymore and Steven Spielberg, the director, have worked together on various successful projects.

Drew Barrymore began her own production company named Flower Films (1990). Drew Barrymore has a star on Hollywood Walk of Fame. Over the years, Drew Barrymore has starred in movies including ‘50 First Dates’, ‘Beverly Hills Chihuahua’, ‘Big Miracle’, ‘Blended’, ‘Boys on the Side’, ‘Charlie’s Angels’, ‘Charlie’s Angels: Full Throttle’, ‘Donnie Darko’, ‘Ever After’, ‘Fever Pitch’, ‘Going the Distance’, ‘He’s Just Not That Into You’, ‘Home Fries’, ‘Mad Love’, ‘Miss You Already’, ‘Music and Lyrics’, ‘Never Been Kissed’, ‘Scream’, ‘The Wedding Singer’, and ‘Wayne’s World 2’.

Drew Barrymore Net Worth & Earnings in 2020

As of 2020, The estimated net worth of Drew Barrymore is $140 million. In early 2000, Drew Barrymore was one of the highest-paid actresses earning $10 million for acting in movies such as ‘50 First Dates’. Also, Drew was a reputed spokesperson and co-creative director of ‘Cover Girl’ for seven years.