Duane Martin is a well-known television and movie actor from America. He is more popular because of his wife Tisha Campbell-Martin, with whom he was married for 22 years. The couple is known for their controversies as they pleaded bankruptcy with a debt of more than $15 million.

Duane Martin was born in New York on August 11, 1965. He went to a local school in his hometown to complete his schooling and later graduated from New York University. While Martin was in college, he played basketball for the NCAA Division III.

He was officially signed by the NBA (National Basketball Association) but never got an opportunity to play a match. Martin was signed as an undrafted free agent. Later, he left basketball and went on to pursue a career in as an actor in movies and television.

Duane Martin married actress Tisha Campbell-Martin on August 17, 1996. Tisha is an accomplished actress who has appeared in many movies. The couple has two sons, Ezekiel and Xen. On February 2018, the couple filed for divorce.

Duane Martin was first seen on television in the NBC comedy series “Out All Night“. Later he appeared in the music video “I’ll Make Love to You” which was highly appreciated by the audience.

Martin played the role of a cast member in the television series “Getting Personal” which aired on the FOX network. He was seen playing the role of TV reporter Robert James in the sitcom “All of Us”. 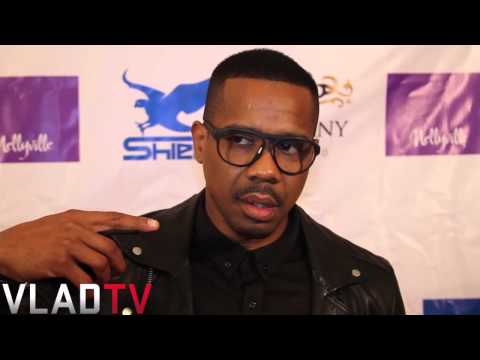 In 2009, he guest starred as Chuck in the television show of his wife “Rita Rocks”. In the sitcom “The Paul Reiser Show” he portrayed the role of Fernando.

Martin has also appeared in many movies including Above the Rim, Fakin’ da Funk, The Faculty, Deliver Us from Eva, The Seat Filler, and many more.

He has also been nominated for several awards in his illustrious acting career. In 1993, Martin was nominated for the prestigious Daytime Emmy Award for “Outstanding Performer in a Children’s Special”.

In 2004 and 2005 he was nominated for the BET Comedy Awards for his work in the movie Deliver Us From Eva and television series All of Us.

In 2007, Martin was nominated for the NAACP Image Award in the category “Outstanding Actor in a Comedy Series”.

Duane Martin Net Worth & Earnings in 2020

As of 2020, Duane Martin has an estimated net worth of more than -$15 million. Yes, this is not a typing mistake, you read that right. Martin’s net worth is in negative as he owes a debt of more than $15 million.

Their monthly income was listed to be $7,655 and their monthly expenses as $17,000. They also owned two Range Rovers, one Jeep Wrangler, and one Kawasaki Drifter.

Duane Martin is a talented actor who has made the best of his potentials. However, due to some wrong decisions in life, he became bankrupt. His fans and followers wish him the best and hope that he will bounce back strong.