Born as Elizabeth Irene Mitchell In February 1974, she is the daughter of Ann Wallace, who used to work in a bank. She was born in Massachusetts’s Pittsfield and spent her childhood in Brown Street. Her father, Mark P. Mitchell, was in the United States Army and later used to work in the General Electric Factory. She has three younger siblings.

In 1992, Banks completed her high school from Pittsfield High School. In her school days, she used to ride horses and play baseball. She once broke her leg in the Little League, which prompted her to switch to acting. In 1996, she earned her degree with major in communications from the University of Pennsylvania. She has also earned her MFA degree from the American Conservatory Theater.

In 2003, Elizabeth Banks got married to Max Handelman, who is an author. They married after dating each other for eleven years. The couple has two sons named Felix and Magnus Mitchell. After her marriage, she got converted to Judaism. She likes fantasy football and is very good friends with Todd Liberman. She is known to have a weakness for cupcakes.

Elizabeth Banks made her movie debut by appearing in the low-budget movie ‘Surrender Dorothy’ in 1998. Later, she acted in films like ‘Spider-Man’, ‘Wet Hot American Summer’, ‘Swept Away’, and ‘Catch Me If You Can’. In 2003, the actress was seen in the film, ‘Seabiscuit’, a role which fetched her first nomination for the Screen Actors Guild Award. In the 2000s, she starred in films like ‘Meet Bill’, ‘Invincible’, ‘W.’, ‘Definitely, Maybe’, ‘The Uninvited’, and ‘Daltry Calhoun’. 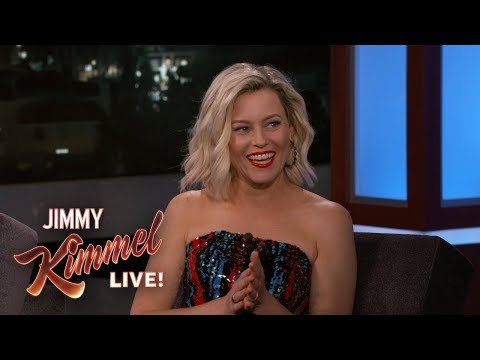 In 2009, Banks won the Lucy Award and is also the winner of the MTV Movie Awards. In 2012, she appeared as Effie Trinket in the film ‘The Hunger Games’. She reprised the same role in ‘The Hunger Games: Catching Fire’ in 2013. Her other film roles are ‘Power Rangers’, ‘Magic Mike XXL’, ‘Love & Mercy’ and ‘People Like Us’. She will be next seen in the movie ‘The Happytime Murders’.

In television, she has appeared in ‘Scrubs’ from 2006 to 2009. She was also a part of ’30 Rock’ from 2010 to 2012. Her other television credits include ‘Wet Hot American Summer; Ten Years Later’, ‘Moonbeam City’, ‘Modern Family’, ‘American Dad!’, ‘Wainy Days’, ‘Comanche Moon’, and ‘Timms Valley’. Banks has received nominations for the Primetime Emmys, Teen Choice Awards, Satellite Awards, Gold Derby Awards, and is the winner of Behind the Voice Actors Award.

Elizabeth Banks Net Worth & Earnings in 2020

How much could be the net worth of a person who has appeared in several commercially successful films? Apart from films, she has also done television and has amassed a net worth of over $35 million as of 2020. She has served as the producer of the movies ‘Pitch Perfect 3’, ‘The Most Hated Woman in America’, ‘Pitch Perfect’, and ‘Surrogates’. She was the director and producer of ‘Pitch Perfect 2’. She will be the producer, director, and actress of the 2019 film ‘Charlie’s Angels’.

Elizabeth Banks is talented as well as beautiful. She has also appeared in the music video of Maroon 5 in 2018. She has immense potential to be a great actress and director. She has many fans and is very busy with her schedules.