Eric Wareheim is a successful-popular actor, comedian, musician, producer, director, and writer from the United States of America. He has worked along with Tim Heidecker on various projects that gained commercial success such as “Tim and Eric’s Bedtime Stories”.

Eric Alexander Wareheim was born on April 7, 1976, in Audubon in Pennsylvania, United States. There’s no information regarding his early life and his parents’ names and occupations. Eric Wareheim was probably grown and raised in his hometown. He completed his schooling at the Methacton High School, and he later went to study at the Temple University, but it’s not confirmed whether he dropped out or graduated.

The private life of Eric Wareheim has not been publicly revealed. There’s no confirmed information regarding the relationships he’s been through, the engagements or marriages, if so at all. Some websites refer to Liz Lee as his girlfriend; others say she might even be his wife. However, after all, there’s nothing for sure regarding all of that as his fans have been eager to figure out his date.

Eric Wareheim has gained popularity and fame through his work with Tim Heidecker since his early career days. Their first work was an animated series that aired for two seasons from 2004-2006 titled “Tom Goes to the Mayor”. They achieved more success through the sketch comedy series “Tim and Eric Awesome Show, Great Job!” which was a total of 5 seasons. 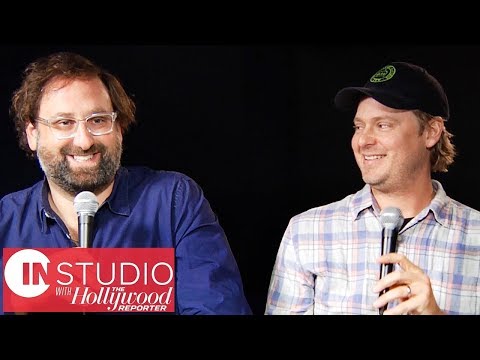 Eric Wareheim continued working and creating shows with Tim Heidecker. However, Eric has also starred in films such as the French-Belgian comedy-drama “Reality” and the comedy crime “Wrong Cops”.

There’s not much to mention regarding the awards that Eric Wareheim received. He was nominated for a Primetime Emmy Award and a Producers Guild of America Award for “Master of None” series. However, the shows he created and co-created achieved huge success and received massive positive reviews which should be regarded as an honor.

The latest series which Eric Wareheim worked on including a horror comedy titled “Tim and Eric’s Bedtime Stories” which he created along with Tim Heidecker, comedy-drama web series “Master of None” and the comedy “Check It Out! with Dr. Steve Brule” created by him, John C. Reilly and Tim Heidecker.

Eric Wareheim Net Worth & Earnings in 2020

The American multi-talented personality Eric Wareheim As of 2020, has an estimated net worth of more than $3.5 million. He made his millions of wealth through the shows he created and starred in. Eric Wareheim created several shows with Tim Heidecker that were successful and which received positive reviews.

Eric Wareheim is a great star who has worked in the TV in various roles ranging from acting to directing. He has around 40 credits as a film and series actor including the shows he co-created such as the latest “Tim and Eric’s Bedtime Stories”. Eric Wareheim’s private life has not been revealed, and his fans have always been trying to dig for details about it.