Eva Marie is a renowned American actress, fitness model fashion designer as well as a former professional wrestler. She is famously known for her appearances on WWE. She has also been a main cast in reality television series including Total Divas. All these ventures combined have earned her a commendable amount of wealth over the years.

But do you know how much is Eva Marie’s net worth in 2020 and how old is she? If you do not know, we have prepared the following article in which you can find everything that interests you about Eva Marie’s life and career. We have prepared this article for you not only about details of Eva Marie’s career, professional life and personal life, but also about her net worth, age, height, weight and more facts. Well, if you’re ready, let’s start.

Natalie Marie Nelson was born on September 19, 1984, in Walnut Creek, California. She is the youngest child of Barry and Josie Nelson. Together with her three older brothers, Nathan, Noel, and Nick, Marie was raised in Conccord, California. Growing up, Eva had dreams of becoming a professional soccer player, but that dream was short-lived after she suffered an ankle injury in 2002 when she was in senior year in high school.

Marie attended Diablo Valley College in Pleasant Valley, California. She attained her associate degree in art while there. She had also healed from her injury and continued playing soccer as a striker in college. After receiving a Junior College All-American honors, she transferred to Arizona State University. She battled low self-confidence, a factor that made her stop playing. She later transferred to California State University, Fullerton. She pursued a Bachelor of Arts in Business Management. Her minor in human resource. Marie then relocated to Los Angeles in pursuit of a career in modeling, acting, and promotional work.

Eva Marie married Jonathan Coyle on August 23, 2014, after a long period of dating. She has admitted having struggled with underage alcohol abuse. Marie has also been in jail for 3 months on counts of DUIs. She got breast implants when she was 20. 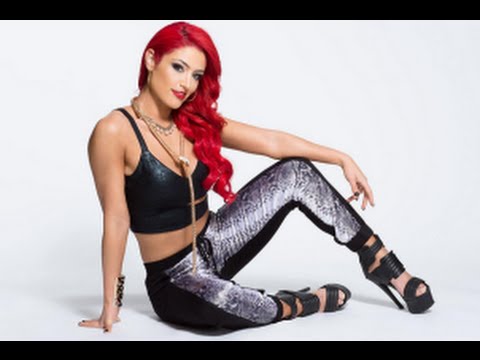 As a result of her modeling, Marie got noticed by the WWE management, and they signed her in 2013. She was sent to Florida to the WWE Performance Centre for training. She officially became a member of WWE later that year. Her career started with Total Divas, a reality television show which featured WWE divas.

Her main roster debut was on Raw in July. Marie then disappeared for a while from WWE and made a comeback on February 14, 2014, in an episode of SmackDown. She has also competed in NXT’s women’s division. Marie has her fashion and hairline.

The beautiful and talented actress and model has built an impressive life for herself. As of 2020, Eva Marie does well, having an estimated net worth of $3 million. From her work as a WWE superstar, Marie had an annual salary of $200,000 which contributed to her wealth. She has also earned from her appearances on reality television. Marie has also made a good amount of wealth from her successful modeling career.

At the age of 35, Eva Marie has done well for herself. Her talent, beauty, and brains have opened doors for many opportunities for her. Marie is passionate about what she does, and one can only expect that there is more to come from this superstar.