Fernando Alonso is a Formula One racing driver from Spain who is currently racing for the team of McLaren F1. He is a two-time Formula One World Champion and has participated in 17 seasons of Formula One.

Fernando Alonso was born in Oviedo, Asturias, Spain on 29 July 1981. His father worked as a mechanic in an explosives factory, and his mother worked in a department store. His father was an amateur kart racer who passed his passion to his children.

Alonso began learning kart racing from the age of three. Alonso went to the Holy Guardian Angel Primary School in his hometown of Oviedo and later attended the Institute Leopoldo Alas Clarín.

He has been made an ambassador of Oxford Brookes University which finances 12 students all over the world to promote the new field of study of Motorsport of Business for Social Science.

In 2006, Alonso married Raquel del Rosario, who is the lead singer of the band El Sueño de Morfeo. The couple divorced in the year 2011. Currently, he is in a relationship with Italian model Linda Morselli.

Fernando Alonso started his professional racing career in the year 1994. He won consecutive three championships in kart racing from 1994 to 1997, along with becoming the world karting champion in the year 1996.

Alonso made his Formula One debut with the Italian racing team, Minardi in the 2001 season. The following year he moved to the Renault team as a test driver. 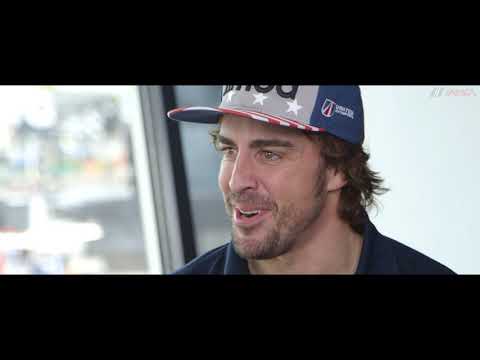 Alonso became the youngest Formula One World Drivers’ Champion and double champion in the year 2005 and 2006. In 2007 he joined the McLaren racing team and raced for the Scuderia Ferrari for four seasons.

Alonso holds various driving records in Formula One including the youngest driver to qualify on pole position and to win a Grand Prix. At the age of 24, he became the became the Youngest World champion. From 2013 to 2105 Alonso held the record for most career championship points. He is the only Spanish driver who has won a Formula One Grand Prix. He is also one of just thirteen drivers to have won two of the three races that make up the Triple Crown of Motorsport.

Fernando Alonso Net Worth & Earnings in 2020

As of 2020, Fernando Alonso has an estimated net worth of more than $300 million. He made most of the wealth through his successful career as a professional racing driver for Minardi, Renault, McLaren, and Ferrari.

Alonso has an annual salary of $40 million. He has also earned more than $35 million through sponsorships and brand endorsements. Alonso is also the co-founder of the fashion brand “Kimoa”. In 2018, the brand became the official partner of the racing team McLaren.

Fernando Alonso is considered one of the greatest Formula One drivers in the history of the sport. He supports various non-profit organizations and charities. He is also a Goodwill Ambassador for UNICEF.