A modern-day mogul and cited as the “Wine God,” Gary Vaynerchuk has indeed come a long way from his modest and humble beginnings as the son of an immigrant. Could you have ever imagined a son of a family of 8 living under one roof in poverty would rise to become the most noted entrepreneur in today’s world?

From selling flowers to his neighbors to setting up his own lemonade franchise, Gary Vaynerchuk was no ordinary kid. For crying out loud, he saved up $30,000 in his teens trading baseball cards, I mean if that isn’t something I don’t know what is. A noted wine enthusiast, Gary continues to embark and flourish in his ventures.

Gary Vaynerchuk was born Gennady Vaynerchuk on the 14th of November, 1975 in Babruysk, Soviet Union (currently Belarus) to mother, Tamara Vaynerchuk, and father, Sasha Vaynerchuk. The family was part of an exchange program between the then USSR and America and immigrated to the land of the free in the year 1978. Gary Vaynerchuk migrated to America when he was three years old and settled in Queens, New York. His father whom he cites as his number one inspiration started working at a liquor shop to make ends meet.

He attended the North Hunterdon High School and after successfully completing school, attended Mount Ida College and graduated in the year 1998 with a degree in Arts. The entrepreneurial streak started in him quite young, he had caught the bug early on and began his first business by setting up a lemonade store which later progressed massively. He also began trading baseball cards and amassed a considerable amount of money owing to his charm and street smart lucrative deals.

Gary Vaynerchuk exchanged wedding vows with his longtime girlfriend, Lizzie Vaynerchuk, on the 13th of November, 2004. The pair dated for a couple of years before deciding to get married. The couple has two kids, a baby boy, Xander Avi Vaynerchuk, and a girl, Misha Eva Vaynerchuk.

Gary Vaynerchuk’s outlook on life is genuinely millennial, he believes in indulging his kids more into technology and the workings of this decade. Gary Vaynerchuk has quite a social media presence, with over 2 million Twitter followers, 6.9 million Instagram followers and around 2 million YouTube subscribers. His following caters around people of all age groups who are captivated and enthralled by his entrepreneurial skills.

Gary Vaynerchuk’s advent into the business world started with him joining his dad’s liquor venture at the tender age of 14. Things got serious when after completing his graduation, he began working full time and took over the workings of the store. He transformed the business from a modest store to an online giant and renamed it Wine Library. The internet proved itself to be a perfect catalyst, speeding sales and thus Gary Vaynerchuk launched the business online in 2006 and started a webcast/video blogging channel called Wine Library TV. 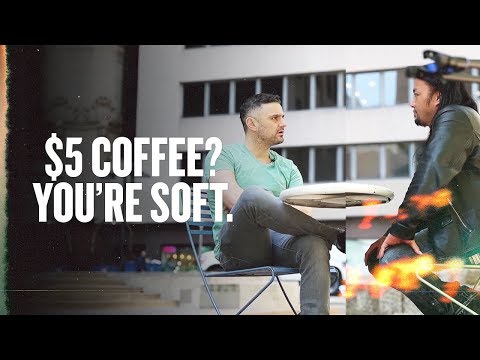 His vlogs mainly focused on wine tasting and reviews, for the common mass to be more aware of their taste and senses. The show proved to be a hit with thousands of viewers daily. He also featured in the Conan O’Brien show owing to his staggering fame. The webcast ran for 1000 episodes before it came to an end. The Wine Library business went from $3 million to $6 million in 5 years owing to his excellent marketing skills.

In August of 2011, Gary Vaynerchuk along with his brother embarked on a media house, setting up Vayner media together. The company focused on creating and providing social media and marketing strategies to their clients and grossed over $100 million in 2016. Apart from his business ventures, Gary Vaynerchuk is also a writer. He landed a 10 book deal with Harpers Publishing and released his first book in October 2009. The book was an Amazon Best Seller. His successive books have been chart-toppers as well.

Gary Vaynerchuk has won various awards and accolades, and he is cited as the first wine guru of the decade. He was conferred with the “Market Watch Leader” award by Market Watch magazine in 2003. He was also ranked at #40 on the Power List by Decanter. The year 2011 saw the Wall Street Journal featuring him in their list of Small Business Entrepreneurs. He also was on the cover for Inc. magazine for their November issue of 2013.

Gary Vaynerchuk’s staggering business empire has established him as a self-made multi-millionaire. Apart from his business ventures, Gary Vaynerchuk has also invested heavily in startup companies, like Facebook, Tumblr, Venmo, Twitter to name a few. As a noted speaker, he conducts shows worldwide and speaks at conferences. He also partakes in “Planet of the Apps” which is a collaboration with tech giant Apple. He is also a celebrated writer, which only aids in increasing his fortune. As of 2020, His current net worth is a total of all his dealings as an entrepreneur and is estimated to be around $170 million.

Gary Vaynerchuk’s life is an actual Hollywood movie. He is the perfect embodiment of a modest hard working man who rises in his life to be a star in all his rights. With the touch of Midas, everything he touches turns to gold, his wealth and his fame are proof of that.