Gene Hackman is a legendary film actor who has now retired from acting. Throughout his entire career span, he has acted in many high profile films. He is a very intelligent man who not only can act but can also write. He has received several accolades and has also served in the military.

Born as Eugene Allan Hackman, he is the son of Anna Lyda Elizabeth and Eugene Ezra. The actor was born in 1930 in California’s San Bernardino. He also has a brother named Richard. In his childhood, Hackman has travelled in many cities across the United States. He used to work as a dog-catcher when he was young.

He went to Storm Lake High School and then got enlisted in the U.S. Marine Corps when he was just 16. Hackman station in China and served as a field radio operator. He has done many other jobs after getting discharged from the army. With his performance in the army, he attained the rank of a Corporal.

From 1956 to 1986, Gene Hackman was married to Fay Maltese. They are the parents of Leslie Anne, Christopher Allen, and Elizabeth Jean. After separating from Maltese, he again found love in Betsy Arakawa, and the couple got married in 1991. In the past, he was also known to have an encounter with Cloris Leachman. He is a fan of Jacksonville Jaguars and is the winner of Long Beach Grand Prix Race (celebrity).

In 1961, Gene Hackman made his film debut by acting in ‘Mad Dog Coll’. His acting skills made him appear in many films like ‘A Covenant with Death’, ‘Hawaii’, ‘Lilith’, ‘Banning’, and ‘First to Fight’. In 1967, he was seen in ‘Bonnie & Clyde’. This made him receive his first Oscar nomination. The actor’s acting capabilities made him appear in many other movies like Marooned’, ‘The Split’, ‘The Gypsy Moths’, and ‘Shadow of the Land’. 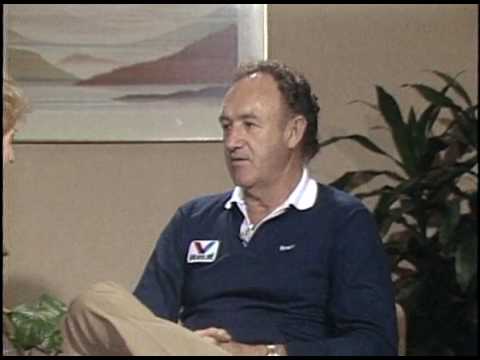 Hackman then starred as ‘I Never Sang for My Father’. This earned him his second Oscar nomination. The following year, he won the Academy Award for ‘The French Connection’. The same movie made him win the BAFTA Award and Golden Globe Award. Two years later, he again received a Golden Globe nomination and a BAFTA nomination for ‘The Conversation’. His popularity continued to expand in the film industry and acted in numerous other films in the 1970s.

His success even continued in the 1980s, and in 1988, he appeared in ‘Mississippi Burning’. This again fetched him many nominations. In 1992, the actor starred in ‘Unforgiven’, the role which made him win his second Academy Award. This also made him win the Golden Globe Award, BAFTA Award, and many other awards. His last film as an actor was ‘Welcome to Mooseport’ in 2004.

How much do you think will be the net worth of an actor who has won many awards and nominations? Throughout his entire career, he has acted in several high profile films and he has given blockbuster movies. As of 2020, He has made a net worth of over $95 million. In 1978, he received $2 million for starring in ‘Superman’. He has also appeared in theater plays including ‘Death and the Maiden’, ‘Any Wednesday’, ‘Poor Richard’, ‘The Basement’, and ‘Children From Their Games’.

Gene Hackman also had a career as a novelist. He is a very influential person. He has received several awards and his films today have become cult classics. Although he has retired from his profession, people continue to remember him with his brilliant acting performance.