Gilbert Gottfried is a renowned American comedian as well as an actor who has had much popularity from his acting skills. He commenced his acting by being a stand-up comedian in different stand-up comedy shows after which he then moved to be a television personality through acting in television shows. He is mainly known for his trademark screeching as well as squinting which has made him be unique all through his career. This has made him be featured in very many films as well as television shows.

Gilbert Gottfried was born on 28th February in the year 1955 in New York City in the United States. Though not much of his family details is known, he was born to his father by the name Max Gottfried. In addition to this, he has two sisters who are known as Karen Gottfried as well as Arlene Gottfried who was a photographer but met her death in the year 2017. He got the passion of while still in his teenage while he was at the age of 15 years which after some time was when he got to the fame of his popularity in his career.

Gilbert Gottfried commenced his career as a stand-up comedian in the stand-up comedy shows in his teenage years where he began while at the age of 15 years. It is during this time that he began rising in his popularity from which he was featured in one of his early TV works such as the Saturday Night Live which is a comedy series in the year 1980. Following the success in this, he was then featured in other films from which he had different acting roles in the 1980s. He was featured in some movies such as Beverly Hills Cop II which was one of his most important appearances which gave him many earnings. He has also been featured in Aladdin, The Return of Jafar as well as Aladdin and the King of Thieves. 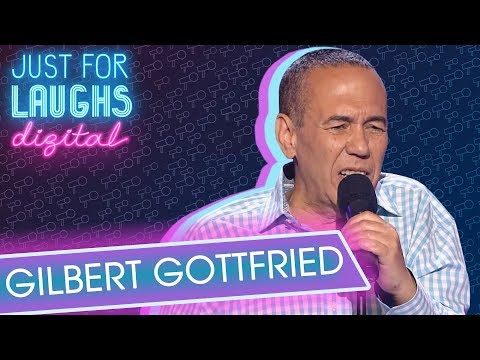 In the 2000s, he was also featured in other films through which he made his appearance in an animated series version known as Superman, digit, Cyberchase as well as in the popular animated series known as Teenage Mutant Ninja Turtles. This was then followed in voice acting in three other movies which include Mickey’s House of Villains, Mickey’s Magical Christmas: Snowed in at the House of Mouse as well as the Disney Princess Enchanted Tales: Follow Your Dreams.

Some of the major television featured in include Pepsi, MTV, Subway and many others. Recently, he has made appearances in different films in the period 2017-2018 which include 80s Creature House, The Marvelous Mrs. Maisel, Sharknado 5: Global Swarming, Episodes, Abnormal Attraction as well as a documentary known as Gilbert. This is among much other voice acting in which he has been featured. With his success, he has been featured in several awards winnings as well as gotten different nominations which have been greatly influenced by his success.

Gilbert Gottfried Net Worth & Earnings in 2020

As of 2020, Gilbert Gottfried has an estimated net worth of $7 Million. This comes from the fortunate earnings he has made in his full life in his successful career. He has made acting performances in different television shows, movies as well as series which have been responsible for his earnings. In the recent past, in addition, he has been seen to be very active from which he has been featured in different voice acting series and movies.

Gilbert Gottfried is a talented actor who has been featured in many films and shows as well. This is coupled with his hard work though he came to the realization of his professional career while at a very young age of 15 years.