Graham Norton is a well-known television and radio presenter, actor, author and comedian from the United Kingdom. He is an eight-time BAFTA award winner including five BAFTA TV Awards for his comedy chat show “The Graham Norton Show”. He was named the eighth most influential person in British culture by BBC.

Graham Norton was born on 4 April 1963 in Clondalkin, Dublin. His father was from Ireland while his mother was from the United Kingdom. He spent most of his childhood days in Bandon, County Cork. Norton completed his schooling from the Bandon Grammar School, in West Cork. He later attended University College, Cork where he studied English and French before dropping out of college. In 2013, the college gave him an honorary doctorate. He moved to London where he learned acting from the Central School of Speech and Drama.

Graham Norton is openly gay. He is currently not dating anyone and is also able to keep his private life away from the limelight.

Graham Norton started his career as a stand-up comedian in the year 1992. He first appeared on the radio programme “Loose Ends” which aired on the BBC Radio 4 network. He became a household name when he appeared on the late-night TV talk show “The Jack Docherty Show” for which he also won several awards. 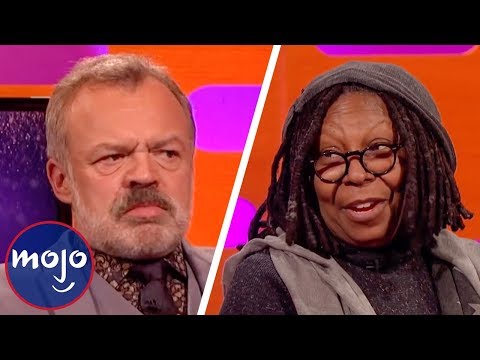 In 1996, he portrayed the character of Father Noel Furlong in the British sitcom “Father Ted”. After his early success, he got the opportunity to host his own chat show “So Graham Norton”.

In 2003, British magazine “The Observer” listed him the in the list of 1000 funniest acts in British Comedy. The following year Radio Times named him the most powerful person in TV comedy.

Graham Norton Net Worth & Earnings in 2020

As of 2020, Graham Norton has an estimated net worth of more than $35 million. This huge wealth is the result of his successful career as a comedian, actor and television presenter. He has hosted several popular television shows, and series including ” How Do You Solve a Problem like Maria?”, “When Will I Be Famous?”, “Totally Saturday”, “The One and Only” and others. He has also appeared in many movies like Stargay, Another Gay Movie, I Could Never Be Your Woman and Absolutely Fabulous: The Movie.

Graham Norton is one of the most renowned television personalities in the world. Through his work, he has been able to win the hearts of people all over the world.