Greg was born Gregory Richard Gianforte on 17th April 1961. Greg is an American businessman, engineer, author and politician who is currently serving as a U.S Representative for Montana’s congressional district at-large.

Gregory Richard is a son of Frank and Dale Gianforte who were residing in San Diego at the time of Greg’s birth. He is of English, Scottish and Italian descent. Greg’s family moved from California to Philadelphia when he was still young. He studied at Upper Merion Area High School located at King of Prussia, Pennsylvania and graduated in 1979.

After graduating from high school, Greg joined Stevens Institute of Technology where he graduated with a B.E. in electrical engineering as well as an MSc in computer science in 1983. The school is located in Hoboken, New Jersey.

Greg got married to Susan in 1989 a few years after graduating from college. The couple was then blessed with four children. Greg and his family live in Bozeman, Montana and they attend a non-denominational church in Bozeman known as Grace Bible Church. Gianforte is a donor to many Christian and conservative groups.

Gianforte started off with a career in software. Greg and his partners founded a software company called Brightwork Development Inc. in 1986. Eight years later, they sold the company for $10 million to McAfee Associates. Greg then moved to Bozeman, Montana. 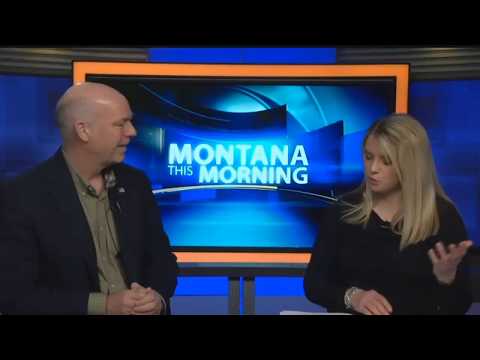 After moving to Bozeman, he founded RightNow Technologies in 1997. The company went public seven years later (2004) and was sold for $1.5 billion to Oracle Corporation in 2011. Before the company was sold, it had managed to employ over 1,000 people in total.

Montana later moved to politics by announcing his candidacy for nomination for governor for Montana with Republicans Party. He was however defeated by Steve Bullock who was the incumbent Democratic governor. On 1st March 2017, after Ryan Zinke’s resignation, Greg was nominated by the Republicans Party. He faced Rob Quist who was a former Montana Arts Council Member and a musician. Greg won against the Democrats nominee Rob Quist, and he was sworn in on 21st June 2017 to date.

Gianforte has received several awards since he graduated from college some of which include; honorary doctorate that was awarded by Stevens Institute of Technology in 2012 and Montana State University College in 2007. He was also named Entrepreneur of the Year in 2003 by Ernst and Young.

Greg Gianforte Net Worth and Earnings in 2020

As of 2020, Greg Gianforte has an estimated net worth $350 million making him the richest congressman. His increased wealth has enabled him to beat Rep. Darell Issa who was the wealthiest man in Congress by several hundred million. Greg’s wealth is basically from his several businesses and companies that he runs and his expertise in software.

Although Greg was appointed the Montanans, he is not their perfect choice, and many feel he got to that position due to his wealth. Greg has been involved in many scandals and controversies one of them being assaulting one member of their free press. This made him lose the support of Montana residents.