Best known for portraying the role of Boone Carlyle in the television series, ‘Lost’, Ian Somerhalder has also acted in many other TV shows. The American actor has also appeared in many movies like ‘The Tournament’, ‘In Enemy Hands’, ‘How to Make Love to a Woman’, and ‘The Anomaly’. He is also a director and has won many awards.

Born to Robert and Edna Somerhalder, Ian Joseph Somerhalder has two siblings. He was born in Covington, Louisiana in 1978. His father was a building contractor and his mother used to work as a massage therapist. The names of his siblings are Robert and Robyn. He was interested in showbiz from an early age. His mother was very spiritual and he was raised as a Catholic.

His good looks soon made him appear as a model. At ten years, Ian ventured into a career in modelling and went to Europe. He remained as a model till he was 13. He went to Mandeville, Louisiana’s Mandeville High School. He later thought of having a career in acting and became an actor.

In 2015, Ian Somerhalder got married to Nikki Reed. The couple has a daughter named Bodhi Soleil Reed Somerhalder. But she isn’t the only woman whom this hunk has dated. In 2002, he was known to be dating Kate Bosworth. This was followed by dating Nikki Hilton, Maggie Grace and Megan Auld. He was also in a relationship with Nina Dobrev from 2010 to 2013. In 2010, he appeared in the list of “50 Sexiest Men” by Glamour.

In 1997, Ian Somerhalder appeared in an episode of ‘The Big Easy’. He came into prominence after he became a cast of the television series, ‘Young Americans’ in 2000. He then appeared in many TV series as a guest actor. From 2004 to 2010, the actor was seen in ‘Lost’. This role has made him win the Screen Actors Guild Awards. Prior to that, he won the Young Hollywood Award in 2002. From 2009 to 2017, he successfully appeared in ‘The Vampire Diaries’. The show made him win numerous People’s Choice Awards and other awards. 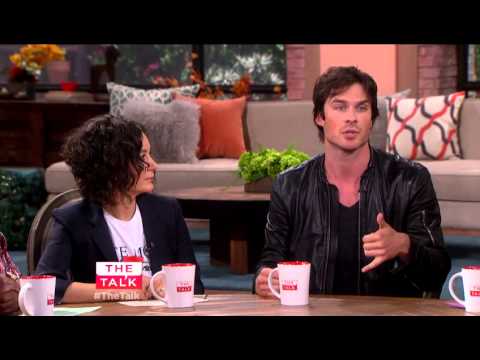 His other TV credits include ‘Tell Me You Love Me’ and ‘Smallville’. In addition to this, he has also acted in many television films like ‘Anatomy of Hate Crime’, ‘Marco Polo’, ‘Lost City Raiders’, and ‘Fireball’. Ian is all set to appear as Dr Luther Swann in the Netflix series ‘V-Wars’.

Ian made his movie debut in 1998. In 2001, he acted in the film ‘Life as a House’. His other film roles include ‘The Rules of Attraction’, ‘In Enemy Hands’, ‘Pulse’, ‘The Sensation of Sight’, ‘Wake’, ‘The Tournament’, ‘The Anomaly’, and ‘Caught on Tape’. He is also credited as a director for three episodes of ‘The Vampire Diaries’.

What could be the wealth of an actor who began his career at a very young age? He has appeared in a number of films and television series and has also directed TV series. As of 2020, This talented actor Ian Somerhalder has made on to make a net worth of $10.5 million. He has also appeared in many short films like ‘Time Framed’ and ‘The Old Man and the Studio’. In addition to these, he has also appeared in the web series, ‘The Vampire Diaries: A Darker Truth’ in 2009.

Ian Somerhalder is a very talented actor. He is still very young and has already appeared in the main role in popular television series. He has a bright future in the entertainment industry. He is also active in various causes and has lent his support to the LGBT community.