Isaiah Thomas is a young basketball player who is currently making his mark as part of the NBA. Before being picked by the Sacramento Kings in the 2011 draft, Thomas spent three years playing college basketball. Currently, he plays for the LA Lakers in the point-guard position. At the tender age of 29, he has a fair amount of achievements under his belt.

Isaiah Thomas, who has been named after the famous Detroit Pistons hall-of-fame inductee, Isiah Thomas, hails from Tacoma, Washington. The distinction in the spellings of the two names arises due to the fact that Isaiah’s mother wanted to have biblical ties to her son’s name.

His childhood has been given him quite a few monikers including “Bighead”, which was concocted by his father. He was also referred to as “Zeke” by his mother.

Thomas was initially enrolled in Curtis Senior High School, University Place, Washington, but was later transferred to South Kent School, South Kent, Connecticut. However, his academic journey wasn’t devoid of a fair share of lows, one of which being having to repeat the 11th grade due to his unsatisfactory performance in the first attempt.

Isiah Thomas is a happily married man with two sons namely Jaiden and James. He married Kayla Wallace in the year 2016, and both of them have remained together ever since.

However, in the year 2017, he suffered the loss of his half-sister, Chyna, who died in a car accident.

Isaiah’s basketball career picked its initial momentum during his college years at the University of Washington. He played in the point guard position for the same team, i.e., Washington Huskies for three years. In order to pursue his basketball career further, Thomas left college before completing his senior year. Instead, he played as part of the Sacramento Kings after being selected in the second round of NBA’s 2011 draft. 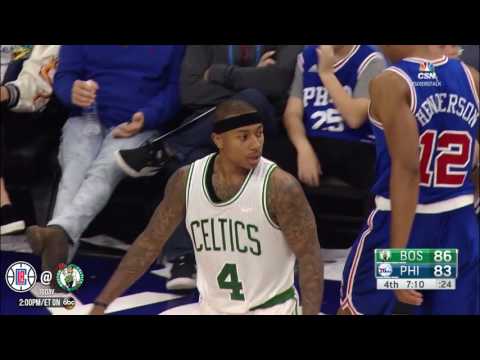 Henceforth, Thomas has played for a number of top-tier teams that include the Phoenix Suns, the Boston Celtics, the Cleveland Cavaliers, and the Los Angeles Lakers. What Isaiah has achieved in his career is nothing short of phenomenal. In his junior year of college, he was named first team All-Pac-10. He accomplished the same feat twice in his career, once in 2010, and subsequently in 2011. In 2011, he received an AP honorable mention for the All-American team. In the year 2009, Isiah was named Second-team All-Pac-10 as well.

Given the fact that his career has still got a long way to go, the list of accolades he has received under the aegis of NBA is extraordinary.

Isaiah Thomas Net Worth & Earnings in 2020

Now, let’s shine the limelight on the net worth of Isaiah Thomas, which stands at a whopping $17 million as of 2020. Ever since his selection in the NBA by the Sacramento Kings in 2011, Isaiah has steadily ascended towards greatness. His performance graph is that of an increasing function, and great things are expected of him in the future. What new turns his career might take during his tenure with the LA Lakers will surely be a topic of speculation for his fans.

Isaiah Thomas has already created a legacy for himself, and his career is nowhere close to over. Ever since his junior year in college, he has achieved a plethora of feats as a basketball player. Well, it is fair to say that he has sufficiently honored the #2 Nate Robinson jersey that he donned during his early years in the game.