The “Big Brother” of China and a legendary martial arts performer, Jackie Chan is a recognizable personality all through the world. Apart from his movie and music career, do you know he is also a globally known philanthropist? While Forbes listed him among st the Top 10 most charitable celebrities in the world, he seems to have no generosity for himself as he has fractured almost every part of his body! All his dangerous stunts are natural, YES! There is hardly any insurance company which takes his production’s underwriting.

Isn’t it cool yet scary that he is performing those deadly stunts all by himself? And for that reason perhaps, he holds the record of the “Most Stunts by a Living Actor” in the Guinness Book of World Records.

But do you know how much is Jackie Chan’s net worth in 2020 and how old is he? If you do not know, we have prepared the following article in which you can find everything that interests you about Jackie Chan’s life and career. We have prepared this article for you not only about details of Jackie Chan’s career, professional life and personal life, but also about his net worth, age, height, weight and more facts. Well, if you’re ready, let’s start.

A legendary martial artist, actor, director, producer, and singer, Jackie Chan was born to parents Charles and Lee-Lee Chan with the birth name “Chan Kong-sang” in Hong Kong on 7 April 1954. His was a refugee family from the Chinese Civil War. He attended Nah-Hwa Primary school in Hong Kong Island but because he failed there his parents withdrew him from the school. After some years, when his parents migrated to Canberra, Australia for work, Jackie was admitted to the China Drama Academy, a Peking Opera School. He took the training for martial arts and acrobatics from the same school.

There is not much information about his affairs before marriage. In the year 1982, Jackie Chan got married to a Taiwanese actress, Joan Lin. In that same year, they had their first son, current singer and actor Jaycee Chan. There are many controversial reports about Jackie Chan’s extra-marital affairs. He also had a girl child with famous actress Elaine Ng Yi-Lei, who won Miss Asia in 1990. He never openly spoke about his second family but provides support for Elaine and their daughter Etta.

Jackie Chan began his career at the mere age of five, as a child actor. He used to appear in small roles. By the age of eight, he did a film “Big and Little Wong Tin Bar” with LI Li-Hua who was playing his mother. He got his first breakthrough in 1978 with the film “Snake in the Eagle” and got success with “Drunken Master,” after which he finally entered mainstream cinema. In his 58 years long career Jackie has delivered many blockbuster movies. 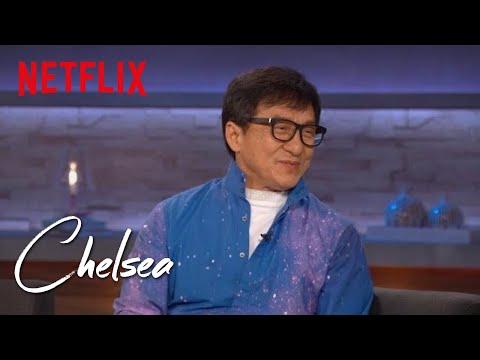 Besides his movie career, he also has a successful music career having released 20 albums since 1984.

He has received many awards and honors for his notable career. In 1996, Jackie Chan got an Honorary Doctorate degree from the Hong Kong Baptist University. He got 8 American Choreography Innovator awards. He also received the 2005 Outstanding Contribution to Chinese Cinema Award. The Hollywood film festival gave him the “actor of the year” award in 1999. Currently, he is a faculty member of the school of hotel and tourism management at the Hong Kong Polytechnic University.

As of 2020, Being a famous actor, Jackie Chan has a net worth of $500 million. According to Forbes, as of 2016, he was the second highest paid actor in the world. He earned $61 million in the year 2016 and $50 million in 2015. He was placed at the 5th position, as of 2017, among the world’s highest-paid actors having a worth of $49 million. His net worth is contributed mainly by his movie career, along with his endorsement deals with firms like Mitsubishi Motors. Jackie Chan has also customized the Evolution Cars series launched by Mitsubishi.

65 years old actor Jackie Chan still seems so energetic performing those acrobatics & challenging roles in the movies. He plans to never retire from cinema as he is the most passionate actor in the world. He has a lot of fans around the globe. Jackie Chan is such a gem that he cannot be ever forgotten by the world.