Jackson Galaxy is a well-known cat behaviorist from America. He hosts the popular reality television series “My Cat from Hell” which first aired on the Animal Planet channel in 2011.

Jackson Galaxy was born on April 28, 1966, in Manhattan, United States. His birth name was Richard Kirshner; however, he legally changed his name when he was twenty years old. As a child, he loved cats and spent most of his time playing with them. He learned about cat behavior while he worked for rescue cats along with Humane Society of Boulder Valley in Colorado.

Galaxy married his long-time girlfriend, Minoo Rahbar on June 2014. They got married at the pet sanctuary “Best Friends Animal Society” in Utah. Their dog, Mooshka was the ring bearer at the wedding. In 2007, he underwent gastric-bypass surgery because he gained more than 400 pounds and also suffered from several health problems.

Jackson galaxy started his career as a rock musician in the year 1992. Later he began working as a private cat consultant. In 2002, along with Dr. Jean Hofve, a holistic veterinarian he founded the company “Little Big Cat, Inc.” They provided professional consultation to cat owners in America mainly focusing on the behavioral and physical health of cats. 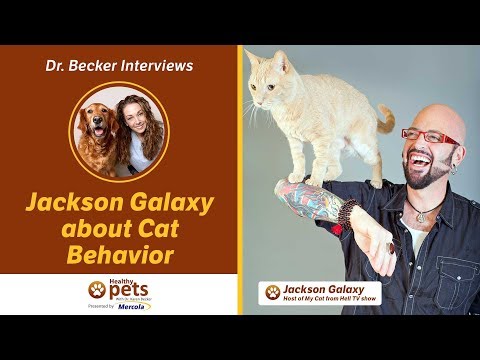 In 2007, Galaxy moved to Los Angeles to grow the company and started provided private consulting service. He also works with many rescue organizations and animal shelters where he teaches his “Cat Mojo” approach to their staffs, volunteers, and adopters.

Galaxy also serves on the board of directors of many animal care organizations including “Fix Nation,” “Stray Cat Alliance” in Los Angeles and “Neighborhood Cats” in New York City.

He has also appeared in many television shows like “Think Like a Cat” on the Game Show Network and “Cats 101” on Animal Planet. Galaxy has been featured by many social media outlets like The New York Times, New York Post, 20/20, AOL, USA Today and others. On May 2011, he started his own reality TV series “My Cat From Hell” which was produced by the Animal Planet Network. In the show, he helps cats guardians, couples to resolve any behavioral issues or conflict between them and their cats.

Jackson Galaxy Net Worth & Earnings in 2020

As of 2020, Jackson Galaxy has an estimated net worth of more than $1.5 million. This huge wealth is the result of his successful career as a cat behaviorist. Galaxy has featured in many television and internet shows including the web series “Cat Mojo” on the Animalist Network where he shares his views and thoughts on several cat-related issues. He is also a successful author and has published several best-selling books including “Catify to Satisfy,” “Catification,” “Cat Daddy,” Total Cat Mojo and many more.

Jackson Galaxy is one of the most renowned cat behaviorists in the world. He is known as the cats expert and has worked with many animal organizations. With his company, Galaxy is helping people across the globe to learn more about cat behavior.