Jake Anderson is an American reality television personality and deck boss of the fishing vessel which is known as Northwestern. Anderson gained recognition and popularity when he featured in the television series Deadliest Catch which aired on the Discovery Channel.

Jakob Venn Martin Anderson was born on September 16, 1980, in Anacortes, Washington to his parents Keith Anderson and Jenna Anderson. He grew up along with his sister Chelsea Dawn Anderson in a fishing village. When Anderson was a child, his biggest role model was his father who played a major role in his life. From a very young age, he developed a keen interest in fishing and wanted to become a fisherman like his father.

When Anderson was 17 years of old he started working as a fisherman and by the age of 25, he was involved in pot fishing. In an interview with the celebrity doctor Drew Pinsky, he revealed that he was an alcoholic which left him homeless for more than two years. Luckily, he was able to overcome his alcohol addiction and continue to follow his passion.

Anderson married Jenna Anderson who is a professional skateboarder on May 2012. His wife is sponsored by DVS Shoes which is an American footwear and clothing company.

Jake Anderson started working with the Northwestern fishing vessel as a greenhorn in the year 2007. He was hired by the captain of the fishing vessel Sig Hansen. 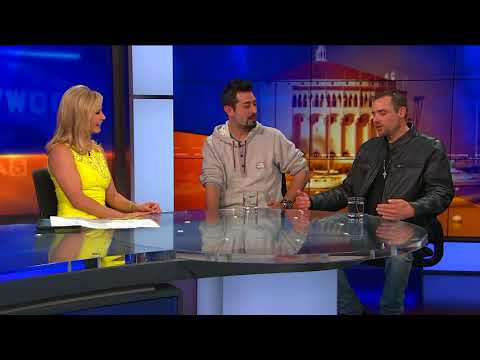 At the same time, Anderson appeared on the documentary television series “Deadliest Catch” of the Discovery channel. He showed his fishing talent and skills in the show which was highly appreciated by the audience.

In 2012, Anderson was made the deck boss of the Northwestern fishing vessel. In a few months, he received his Master 100-ton Captain’s license and USCG Mate 1600-ton license.

Jake Anderson Net Worth & Earnings in 2020

As of 2020, Jake Anderson has an estimated net worth of more than $2.5 million. Most of the fortune is the result of his fishing expedition and appearance on the successful television series “Deadliest Catch.” Since the debut of the show, he gained a lot of fame and wealth due to his likable personality and remarkable leadership.

Anderson is a successful author and has released his biography “Relapse” in the year 2014 through the Coventry House Publishing. The book became a best seller after its sales. The footwear company DVS Shoes has also released a signature skateboard shoe with his name.

Jake Anderson is one of the most popular fishermen and reality television star in the world. He started his career from a very young age and worked hard with utmost dedication to fulfill his dreams.