Jake Gyllenhaal is a popularly known as an actor. He gained much of his popularity from one of the roles he played as Jack Twist on a romantic dram known as Brokeback Mountain. This made him gain many roots to his career and has had continued success as most of the films in which he has been featured, they have been successful and have seen him gain much winning and nominations to different awards. Some of his major appearances include; Okja, Life, Stronger, and Wildlife.

Jake Gyllenhaal was born on 19th December in the year 1980 with his full name being Jacob Benjamin Gyllenhaal at Los Angeles in California. He was born to his parents who include; his father by the name Stephen Gyllenhaal who was a film director and his mother Naomi Foner who was a screenwriter. During his childhood, He had a wonderful experience in the film industry through his parent’s professions.

During his childhood, he used to appear in films that were being produced by his father. In addition to this, he was allowed to audition other film roles by his parents thought he was not allowed to act though he was selected. Jake studied at Harvard-Westlake School which is located in Los Angeles from which he also graduated in the year 1998. He then joined Columbia University where he moved to study on Philosophy and Eastern Religions though he later dropped his studies at Columbia University after two years so that he would be able to concentrate on his career.

Jake has been identified to have dated very romantic ladies in the previous which include; Kirsten Dunst from the year 2000 to 2002, Reese Witherspoon in the year 2007 who was an actress, and Taylor Swift in the year 2010. He is however currently single.

Jake Gyllenhaal commenced his career at a very young age during his early stages of life. This was due to the professions of his parents which introduced him to the film industry. From this, he was able to be featured in a comedy film known as City Slickers in the year 1991. He performed well and this brought in other many films in the 1990s which include; A Dangerous Woman, Josh and S.A.M, Life on the Street, Homegrown and October Sky. 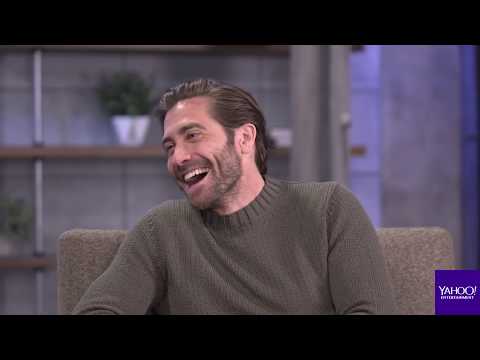 From the year 2001 to 2010, he also featured in other several films which include films such as Donnie Darko, Lovely & Amazing, Bubble Boy, The Good Girl, Highway, Moonlight Mile, The Day After Tomorrow, Brokeback Mountain, Proof, Jarhead, Zodiac, thriller Rendition, Brothers, Prince of Persia: The Sands of Time, and Love & Other Drugs. He mainly participated in comedy dramas and films.

Having had much success, he has also got much success from the year 2011 from which he has appeared in other films such as Source Code, End of Watch, Enemy, Prisoners, Accidental Love, Nightcrawler, biographical adventure Everest, Southpaw, drama Demolition and Nocturnal Animals which is a thriller drama.

He has appeared in many other films and is also expected to feature in a comedy film known as The Sisters Brothers in 2018. Jake has additionally won several awards and has been nominated severally following in unmatched success on his career. Awards won include; Young Hollywood Award, Premiere New Power Award, NBR Award, PFCS Award and many other awards among many nominations.

Jake Gyllenhaal Net Worth & Earnings in 2020

As of 2020, Jake Gyllenhaal has an estimated net worth of $70 Million. This comes from the fortunate earnings he has had in his successful career line. Since his early life, he has had an unmatched success contributing highly to his net worth. This is mainly through his acting performances which he earns much. In addition to this, has a mansion worth $3.5 Million in Los Angeles.

Jake remains unique from his acting skills and is one of the renowned families in Hollywood. He is a supporter of cancer research in which he also funds the same through a fundraiser known as ‘Stand Up To Cancer’.