Donald Trump’s son-in-law, who is also the Senior Advisor and Director of American Innovation, has stolen much public attention for business & legal misdemeanors. Jared Kushner, holding a high position at the White House, has allegedly drawn benefit for his family business through his job, as the investigators claim.

However, who knows? The charges against him are not officially proven, and such controversies about the people in power are not unheard of. He is a key mediator in keeping peace with the Middle East, and he was a rich brat even before being the senior advisor rich brat.

Jared Kushner was born to parents Charles and Seryl Kushner in New Jersey on January 10, 1981. He belonged to a family having modern orthodox Jewish beliefs. He did his schooling from the Frisch’s, a modern orthodox high school in 1999.

He then got admitted to Harvard University, earning a degree in Bachelors of Arts in government in 2003. Jared Kushner earned another degree, a JD/MBA from New York University in 2007. He was an intern at Robert Morgenthau’s office, a Manhattan District Attorney, and at other prominent offices too.

Jared Kushner married American President Donald Trump’s daughter Ivanka Trump in 2009. They both have Jewish beliefs, and the couple met back in 2005. Jared Kushner went on to have three kids with Ivanka Trump.

Jared Kushner has a brother named Joshua and two sisters too.

Jared Kushner has been a businessman since beginning his family business in 2006. He carried the “Kushner Companies” to an apex position in New York’s real estate market. He along with his father took the company to new heights assuming the position of CEO in 2008. He did many deals which benefitted the company in the coming years and managed to buy 50.1% of the Times Square building in 2015, which was worth $295 million. 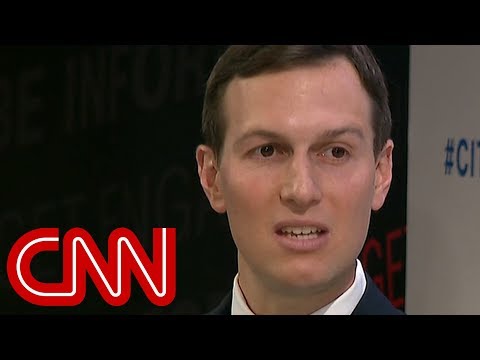 In 2014, Jared Kushner along with his younger brother Joshua and Ryan Williams started another web platform for real estate investment named “Cadre.” He has also bought the newspaper ‘New York Observer’ with a deal of $10 million in 2016. It was only in 2017 that he entered politics by securing a place in Donald Trump’s presidential administration. His inclination towards politics though was not abrupt, as he had been a Democrat for a while. He used to donate a lot to campaigns endorsing democracy from an early age. His act during Donald Trump’s presidential campaign was an influential one. He was appointed as “Senior Advisor to the President” on January 9, 2017, hence stepping down from the position of CEO of Kushner Companies & as the publisher of ‘Observer’ newspaper.

His Achievements can be attributed to his position at the White House as he has not been officially awarded for his work, until now.

Jared Kushner Net Worth & Earnings in 2020

As of 2020, Jared Kushner, American President Donald Trump’s son-in-law, has a net worth of around $900 million. His enormous wealth can be attributed to his family business, Kushner Properties which he managed with his father from an early age & later became its CEO. His riches accumulated further when he bought the New York Observer increasing its distribution manifold.

Other sources of his income include his web platform “Cadre” & his position as the “Key Manager” of Trump’s election campaign in 2016. He currently owns assets of worth $7 billion across the country. Jared Kushner has also earned $1.5 million from 2017-18 by Westminster Management which owns 20,000 units of apartments in New York.

Jared has been a child born with a silver spoon no doubt but remained humble growing up by himself. He has done hard work for everything he owns today. Currently facing controversies surrounding him & his family, his future seems cloudy, but we wish him courage & good luck.