Jimmy Buffett is a popular songwriter, actor, musician, businessman, and author in America. He rose to fame for his work as a musician who released the top-rated songs. His most popular songs include Cheeseburger in Paradise and Margaritaville. More than 30 of his albums are certified as gold or platinum. Apart from his music career, he was also a top-selling writer.

James William Buffett is the real name of Jimmy Buffett who was born in Pascagoula, Mississippi, on December 25, 1946, to his parents James Delaney Buffett, Jr. and Mary Lorraine. He grew up in Mobile, Alabama. He got enrolled in St. Ignatius School, where he used to play the trombone in the school band.

Later he shifted to Fairhope, Alabama as he was exposed to sailing as a child. Buffett attended the McGill Institute for Boys and completed his graduation in 1964. He attended the Pearl River Community College and the University of Southern Mississippi which is located in Hattiesburg, Mississippi.

In 1969, he received a bachelor of degree in history from the University of Southern Mississippi. He got enrolled in Auburn University where he used to play guitar during his first year. He started working as a correspondent for Billboard magazine which is located in Nashville after completing his graduation.

In 1969, Buffett got married to Margie Washichek. They got divorced in 1971. He got married for the second time to Jane Slagsvol with whom he had two daughters namely Sarah Delaney and Savannah Jane. The couple had adopted a son and named his as Cameron Marley. They got separated in the late 1980’s and later in 1991 they reconciled after sorting out the differences.

Buffett began his musical career in the late 1960’s after working as a correspondent. In 1970, he released his first album which was entitled as Down to Earth. He continued debuting the albums in the following years such as A White Sport Coat and a Pink Crustacean, Living & Dying in 3/4 Time, and A1A. 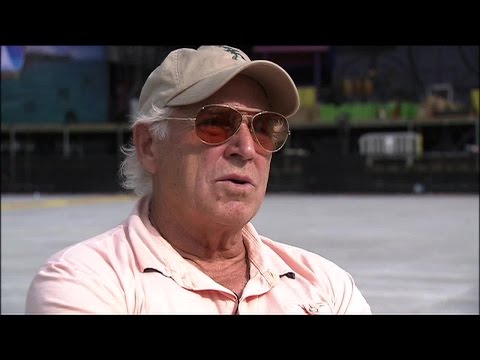 In the 1980’s he launched numerous business ventures while taking the benefit of his popularity and fan following. To launch his live albums Buffett started Mailboat Records in 1999. He signed in collaboration with RCA records in 2005, for debuting the two studio albums entitled Take The Weather With You and License to Chill.

In 2003, Buffett won the CMA Award for Vocal Event Of The Year along with Alan Jackson for the song It’s Five O’Clock Somewhere’.

Jimmy Buffett Net Worth & Earnings in 2020

As of 2020, The estimated net worth of Buffett is around $650 million. He made all this fortune mainly from music, songwriting, singing, and production. He also earns his income from his personal businesses. He is also the best-selling writer who owns two restaurants.

Currently, Buffett continues to be a famous live performer by playing several concerts across the country every year. He is living in Palm Beach, Florida, where he is a passionate pilot and sailor, and an outspoken environmental activist. He also made numerous appearances in the films including From the Earth to the Moon, Congo, Rancho Deluxe, and Jurassic World.