Millions dream and strive for a successful career, but very few devote their life to bring smiles, happiness, and laughter in the lives of others. Jimmy Kimmel is one of the few and a name today to reckon with in the comedy genre. His passion and fascination have fetched him a name and a livelihood. ‘Kroll Show,’ ‘The Andy Milonakis Show,’ etc. are few of the examples of Jimmy Kimmel’s talent as a writer and comedian.

He is also a rapper and a renowned chat show host. ‘Jimmy Kimmel Live’ has given him a distinct recognition. 1.9 million people on Instagram follow him. If your curiosity is peaking to know his ‘funds flowing from fun,’ then you are on the right page.

Brooklyn, New York is the birthplace of Jimmy Kimmel where he was born as the eldest of the three children of his parents. James Christian Kimmel’s birthday falls on 13 November since 1967. His father, James John Kimmel was an IBM executive while his mother was a homemaker. His mother was of Italian descent, and he was raised Catholic. When he was nine years old, his family moved to Las Vegas. He is the alma mater of Ed W. Clark high school, University of Nevada, Las Vegas and Arizona State University. His brother Jonathan is a director and his sister Jill is a comedian.

Jimmy got married to Gina Maddy in 1988, and the couple separated in 2002. He has a daughter, Katherine and a son, Kevin from this marriage. Later in 2002, Jimmy entered in a relationship with comedian Sarah Silverman which continued till March 2009. After this, he began courting Molly McNearney, got engaged to her in August 2012 and got married in July 2013. Molly was the co-head writer for ‘Jimmy Kimmel Live.’ On July 10, 2014, they had their first child Jane and their second child Billy on April 21, 2017. He has publicly spoken of being Narcoleptic. He is the co-founder of Annual Los Angeles Feast of San Gennaro and also was the co-host of its eighth edition in 2009. 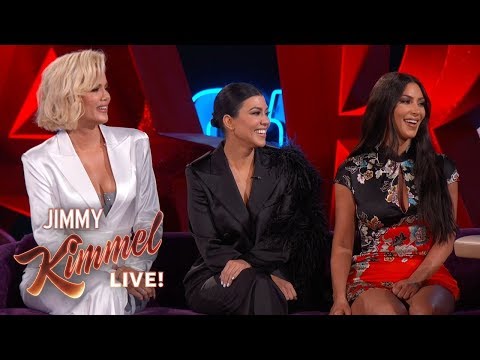 Jimmy began his career in the radio industry when he was in high school, hosting a Sunday night interview show on UNLV’s college station. He was “Jimmy the Sports Guy” for ‘Kevin and Bean Morning Show.’ His first break on television was as a comedic counterpart to Ben Stein on ‘Win Ben Stein’s Money’ in 1997. His wittiness won hearts and also the Emmy Award for the best game show host. In 2003, he came up with his own late-night show, ‘Jimmy Kimmel Live’ which aired on ABC. He also produced shows like ‘Crank Yankers’ and ‘The Andy Milonakis Show,’ and he is into music as well.

Jimmy Kimmel Net Worth & Earnings in 2020

As of 2020, Jimmy Kimmel’s net worth is $40 million which is the accumulation of his earnings from his public appearances, his role as an actor and voice actor in films, his comedy shows and income from music. He loves Hermosa Beach and has lived in three houses there which he got for $2.25 million, $7.1 million and $8 million, respectively. He is the third highest paid late night show host. He owns a BMW.

Very few people pursue comedy as a career. Jimmy chose not to be a part of the majority, following the trend of studies and then a decent job in an organized sector. Instead, he decided to “laugh and make others laugh.” He made the world witness that interest and passion if given due attention and dedication, can also formulate one’s destiny.