Jimmy Osmond is a well-known actor, singer, and businessman from America. He is the member of the musical group “The Osmonds.” As a solo artist, Osmond possesses two gold albums, six gold records, and one platinum record.

Jimmy Arthur Osmond was born on April 16, 1963, in Canoga Park, California to his parents George Virl Osmond and Olive May. He is the youngest among his other eight siblings Alan, Jay, Virl, Marie, Tom, Merrill, Donny, Wayne Osmond.

He is the only child of the Osmonds who was not born in the family’s hometown of Ogden, Utah. At the age of five, he recorded his first song in Japanese, “My Little Darling.”

On June 7, 1991, Osmond married his wife, Michele Larson. Together they are the parents of four children. He along with his family member is the member of the LDS Church (The Church of Jesus Christ of Latter-day Saints).

Jimmy Osmond recorded his first single “Long Haired Lover from Liverpool” in the year 1972 which earned him a spot in The Guinness Book of World Records as the youngest performer to have a #1 single on the UK Singles Chart. 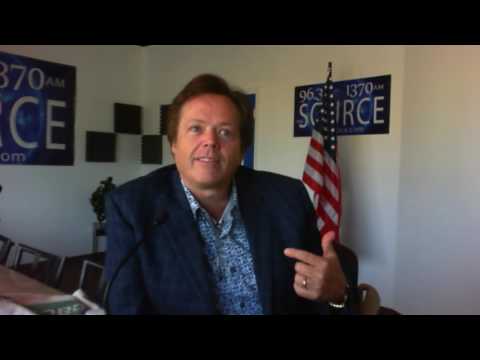 He made his acting debut in the feature film “The Great Brain” in 1978. Later he did recurring roles in various television series such as Fame, E20, Donny & Marie and others.

In 1985, Osmond released his Spanish music album “Siempre Tu” under A&M Records. He has also featured in many musical theatres along with his brothers Jay and Wayne such as “Joseph and the Amazing Technicolor Dreamcoat,” “Boogie Nights,” “Jimmy Osmond’s American Jukebox Show,” and many more.

He played the role of Buttons in Cinderella at the White Rock Theatre and the role of Wishee Washee in Aladdin at Grand Theatre from 2010 to 2012.

Osmond has also appeared in several UK television shows such as I’m a Celebrity… Get Me Out of Here!, All Star Family Fortunes, Come Dine with Me, Popstar to Operastar and others. He was also the finalist of the reality cooking competition show “Celebrity Masterchef” in 2016.

Iowa Wesleyan University awarded him with an honorary doctorate of arts and humanities and invited him to deliver the keynote commencement speech in the year 2015.

Jimmy Osmond Net Worth & Earnings in 2020

As of 2020, Jimmy Osmond has an estimated net worth of more than $10 million. Most of the fortune is the result of his successful career as an actor and singer. He is the owner and President of the “Osmond Entertainment” which produces hours of programming for networks like BBC, ABC, Disney Channel, and PBS.

Osmond is also an author and has published the children picture book “Awesome Possum Family Band” in 2014. He also earns money by performing at concerts, events and plays across the globe.

Jimmy Osmond is one of the most renowned and versatile television personalities in the United States. In 2017, he played the role of Abanzar in the musical “Aladdin” at His Majestic’s Theatre Aberdeen.