Joe Mantegna is a popular actor, writer, producer, and director from America. He was awarded the prestigious Tony, and Joseph Jefferson Award for his performance in David Mamet’s Pulitzer Prize-winning play Glengarry Glen Ross.

Joe Mantegna was born on November 13, 1947, in Chicago, Illinois to his parents Mary Ann (Novelli) and Joseph Henry Mantegna. His father was an insurance salesman from Cicili, and his mother was a shipping clerk from Italy who died in 2017 at the age of 101.

Mantegna went to the J. Sterling Morton High School East in Cicero, Illinois to complete his schooling. Later he attended the Goodman School of Drama at DePaul University where he graduated in the year 1969.

During his teenage years, he was the part of a music group “The Apocryphals” and “The Missing Links” in Chicago. He is still very close to the members of the band and keeps in touch with his old bandmates.

Joe Mantegna made his acting debut in the year 1969 with the musical “Hair”. He co-wrote the award-winning play “Bleacher Bums” which was first performed at the Organic Theater Company in Chicago. Mantegna made his movie debut in “Medusa Challenger” in 1976 which was highly appreciated by the audience as well as critics. In 1985 he played the role of dentist Bruce Fleckstein in the movie “Compromising Positions“. 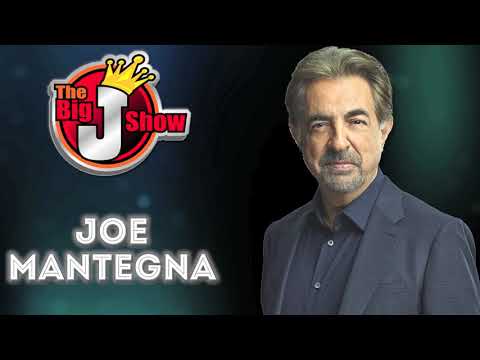 In his initial days as an actor, Mantegna played many supporting characters in movies like Weeds (1987), Suspect (1987), The Money Pit (1986) and others. He also starred in the critically acclaimed film Things Change (1988) and House of Games (1987), both written by Mamet. He played the lead role in the crime thriller movie “Homicide”.

Mantegna has played a wide range of characters from the kidnapper from Baby’s Day Out and comic as a disc jockey in Airheads, to the dramatic roles in The Godfather Part III and an Emmy-nominated performance in the movie The Rat Pack.

In 2011, Mantegna received the 2,438th star on the Hollywood Walk of Fame. He also received a star on the Italian Walk of Fame and the Lifetime Achievement Award for Film and Television in 2015 at The Riverside International Film Festival.

Joe Mantegna Net Worth & Earnings in 2020

As of 2020, Joe Mantegna has an estimated net worth of more than $25 million. This huge wealth is the result of his successful career as a television and movie actor.

Mantegna has been a part of many commercially successful movies such as Bleacher Bums, Second Thoughts, Off Beat, Three Amigos, Suspect, Wait Until Spring, Bandini and many more.

He also earns money by hosting several events and television shows including MidwayUSA’s Gun Stories which airs on the Outdoor channel.

Joe Mantegna is one of the most renowned actors and television personalities in the United States. In 2015 he received the Saint Pio Award for his outstanding contribution in “providing relief from suffering to those in need.”