John H. Schnatter or as we call him John Schnatter is a renowned entrepreneur in the United States. He is better known as Papa John, the founder of one of the largest Pizza Chain in USA Papa John’s Pizza. Although he stepped down from the post of CEO and even from the board, yet Papa John’s Pizza owes everything to this man.

John Schnatter was born on 23rd November 1961 in Jeffersonville, Indiana to Robert Schnatter a judge and Mary Schnatter. The owner of a world-renowned Pizza chain went to Jeffersonville High School, and later to Ball State University for a business degree in 1983. Initially, John uses to work in a Tavern owned by his father in Jeffersonville.

John Schnatter was married to Annette in the year 1987 and gave birth to two daughters namely Kristine and Danielle and one son named Beau. Currently, the Schnatter family is staying in Anchorage, Kentucky. No such news of separation is there still now as they are leading quite a prosperous and happy life.

In the initial days, John worked for several Pizza joints before he formed Papa John in the year 1984. At first, he started the business at The back of a Tavern owned by his father. You will be surprised to know that he did sell his 1971 Camaro Z28 to buy equipment for pizza making. Papa John Pizza’s success came much early, and by November 2017 it became the third largest pizza delivery chain in the world. 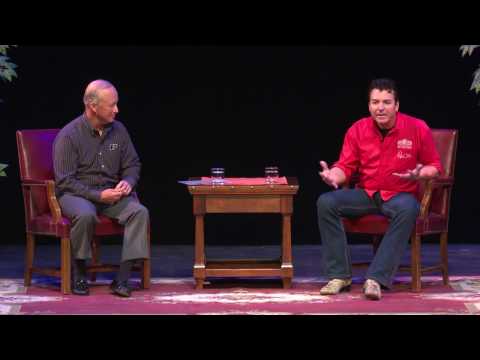 Around October 2017, John blamed the NFL for its poor financial performance, but there was no action taken from the side of the league. Therefore John decided to remove the official shield of the league from the commercials of Papa John. Things were going quite smooth till the time yet another controversy took place which led John to step down from the management of the company.

John raised a voice against the sitting of NFL’s player during the national anthem. On December 2017 the management of the company replaced John as the CEO, and by July 2018 he reigned as the chairman of the broad due to another controversy.

In the year 1998, John Schnatter’s name was enlisted as the Entrepreneur of the year by Ernst & Young. In the year 2000, his name was amongst the top 10 Outstanding Young Americans by National Jaycees Organization. In the year 2010, John also received the Kentucky Entrepreneur Hall of Fame, and in 2012 he became the honorary initiate of Alpha Tau Omega.

John Schnatter Net Worth & Earnings in 2020

It is quite natural that John being the founder of the 3rd largest Pizza delivery chains in USA will be an affluent personality. As of 2020, John Schnatter has an approximate net worth of $900 million. John has a fascination for cars, but unfortunately, he sold one of his favourite possessions Z28 Camaro for starting the business.

Well, you may know about Papa John, but if you are unaware of the man behind it, then do read this article. John Schnatter turned his dream to reality at a very early age, and without his vision, Papa John wouldn’t have reached such stature. It started off as a local business but transformed into an international chain in just a few years.

The stepping down of John as the CEO of the company may be the decision of the board, but as said before there is only one man behind the success of the company and that is John himself. Papa John Pizza owes everything to its founder John Schnatter as he is the only man who raised this empire.