Johnny Knoxville is a popular actor, comedian, screenwriter, stuntman and film producer in America. He is well-known as the co-creator and star of the MTV reality stunt show named Jackass. He appeared in several roles in films like A Dirty Shame, Men In Black II, The Ringer, and The Dukes of Hazzard. Knoxville is not only an actor, but he also voiced the role of Leonardo in the film named Teenage Mutant Ninja Turtles.

Philip John Clapp Jr. is the real name of Johnny Knoxville who was born in Knoxville, Tennessee, on March 11, 1971, to his parents, Philip and Lemoyne Clapp. He completed his schooling from South Young High School in the year 1989, in Knoxville.

He shifted to California after graduating from high school to start his career as an actor. Initially, he began to appear in various commercials and made a number of minor roles which are extra characters.

He decided to create his own opportunities when the big break avoided him and started writing and pitching article ideas to various magazines. One of his ideas on the magazine Big Brother was captured by the Jeff Tremaine’s interest. The team soon started filming the stunts and included them in the Big Brother’s “Number Two” video.

On May 15, 1995, Knoxville got married to Melanie Lynn Cates. The couple was blessed with a daughter named Madison. They both separated in July 2006 and filed a divorce on July 3, 2007. They ended the relationship legally in March 2008. On August 18, 2009, Knoxville made it to the public that he and his girlfriend Naomi Nelson were expecting a baby. On December 20, 2009, the couple was gifted with a son named Rocko Akira Clapp in Los Angeles. They both got married on September 24, 2010. One year later she gave birth to a daughter named Arlo Lemoyne Yoko Clapp.

Knoxville was the creator of many ideas in the Jackass, and he was the responsible for all the ideas. The team of Jackass used to consider Knoxville as the de facto leader. He also participated in the Gumball 3000 along with other co-stars named Steve-O, Chris Pontius, Jeff Tremaine who is the director of the Jackass, and Dimitry Elyashkevich who is the producer for Jackass. 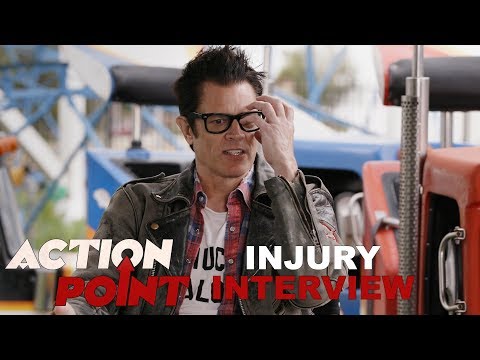 A deal was made with MTV and Jackass started premiering on the MTV, and the company was offered to perform the stunts on a weekly basis for Saturday Night Live show. Later in 2005, Knoxville hosted this show for an episode.

He earned a nomination for an American Comedy Award and also won several Teen Choice Awards and MTV Awards. He also played the role of a two-headed alien in the film named Men in Black II in 2002. Knoxville made an appearance in the film named A Dirty Shame which was directed by the famous film director named John Waters.

Johnny Knoxville Net Worth and Earnings in 2020

And now we finally get into the actual calculations of Johnny Knoxville net worth. As of 2020, The estimated net worth of Johnny is around $90 million. He made all this fortune by working as the co-creator of the most popular MTV series Jackass and by featuring several films. He owned a production company named Dickhouse Productions which was operated along with Jeff Tremaine and Spike Jonze.

Knoxville is not only the creator of stunts but also featured in several films, and the most notable work of him is the role of Luke in The Dukes of Hazzard film. He also made minor appearances in several movies and featured as a guest voice on the series King of the Hill for two episodes.